The Larry King should have been mine !!!! I miss you your laugh but most of all your smile. Shalom.

Hi Dan, I don't know if you remember me, but I basically grew up with all the Guerrero fam. We met several times and I always thought you were such a sweet, kind, gentleman. I want you to know that I keep you in my prayers morning and night and with so many people who love and care for you and are praying too, God will surely prevail. I pray you are healed from the top of your head to soles of your feet - in Jesus name. Stay strong dear Dan.

Hey Dan - Sending a note of love and support from all your friends at Ticketmaster. I hope you are surrounded by the ones you love and are sharing stories of happy times past. - Josh Chapman

Dan, please know that your friends at Frank Productions are thinking of you & sending prayers & positive thoughts your way. Let the good ways of thinking enter your mind & keep those spirits high.
-Renee Frank 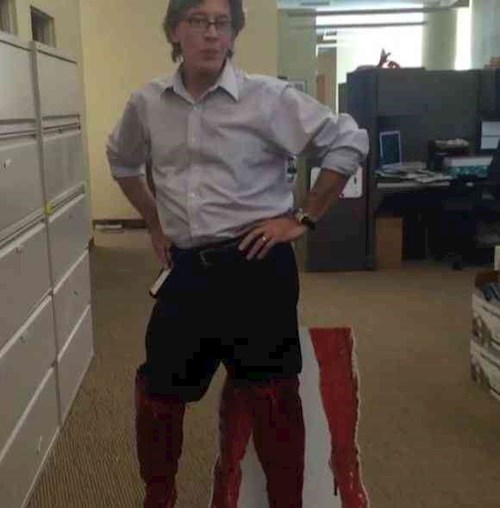 Dan, sending hugs, love and prayers. Gridiron just wasn't the same....and neither was the kitchen! I hear your voice teaching me about Gluten Free and ten minutes later I hear the scene in the car! You are a hoot and the master of versatility. God bless. Marla

This one is by Pat Metheny; lyrics by Pedro Aznar. The music file is out there on YouTube; I believe the lyrics are in Portuguese but they translate like so:

DREAM OF THE RETURN

Even if it didn't return
I would know if it arrived

The sea beat in my veins
And set my heart free

Hey Dan,
My thoughts and prayers are with you and your family...stay strong my friend, I know you will find the light to His eternal pathway.
God's Speed,
Andrew VanDeweghe

You will be in my prayers; I just received the attached yesterday and it seemed appropriate to send along.

Today's meditation is longer than usual, but I want you to have all of this together in one place. Many people think of their consciousness as the same as their brain. It's really not. Scientists still struggle to define consciousness and where it arises. The early Alexandrian and Desert mothers and fathers of the church knew consciousness was not the same as the thinking mind. They used the Greek word nous to describe consciousness as what we would see as a combination of Spirit, God, and mind all at once. Consciousness is something shared/participated in and not a secretion of your private brain. American philosopher Emerson called this awareness the "Over-Soul." Thomas Aquinas called it connatural intelligence. It is true to my nature, but true to a larger nature at the same time. Duns Scotus called it intuitive cognition, which he distinguished from rational cognition.

The English word "consciousness" comes from the Latin root conscire: to be aware with. Through contemplation we plug into a consciousness that is larger than the brain. It comes through a wholehearted surrender to what is, a surrender that encompasses all and eliminates none of the present moment. Only then will we know that we're seeing reality through eyes larger than our own, which is why it is always a very humble and receptive knowing.

The level of knowing that we experience from connection with consciousness or nous is entirely different than the argumentative, dualistic world that we live in. It's a kind of quiet, compassionate, non-opinionated certitude, unlike the arrogant certitude our culture celebrates. Even though we may not be able to verbalize it, we know things calmly and deeply, as truth. We don't know what it is we know, but what we do know is that we are somehow okay; in fact, it is all okay in its foundations and direction. God is the great I AM in which everything--including me--has its being. My I am is a sharing in the one great I AM. To sin is simply to live out of any I am not.

At times in contemplative prayer, we connect with consciousness. We think that we grow little by little in consciousness. And in some ways this is true. We grow in our ability to tap into consciousness. But this consciousness is freely available, even and especially to children. It requires no training or special talent. We can be conscious right now, even though it takes practice to remain inside this knowing.

Deep consciousness knows the true value of a thing, it knows intuitively what is real and what's unreal, what is eternal and what is passing, what matters and what doesn't matter at all. This kind of consciousness allows us to see the archetypal truth within the particular, for example the pattern of Christ's death and resurrection within each death and birth. At a loved one's deathbed we can be present to their dying, our dying, all dying--and to the reality of life changing forms in each death. If we can stay within this kind of consciousness, I can promise we'll receive compassion and empathy for the world.

In the big consciousness, we know things by participation with them, which is love. As I've said before, we cannot know God in a cerebral way, but only by loving God through a different kind of knowing. Mature spirituality teaches us how to enter into the reality of that which we are encountering. And it gets even better than that. Eventually you get the courage to say, I am a little part of that which I am seeking. In this moment, the idea of God as transcendent shifts to the realization that God is imminent. That's why the mystics can shout with total conviction and excitement: My deepest me is God! God is no longer just out there, but equally in here. Until that transference takes place and you know that it is God in me loving God--God in me worsipping God, resting in God, enjoying God--the whole point of the incarnation has not been achieved, and we remain in religion instead of actual faith experience or faith encounter.

Dan - We're thinking about you and praying for you and your family. There has been a definite hole in Good Company without your passion, energy, happiness, and excitement. Stay strong!
The WHOI-19/"Good Company" Team
Courtney, Melissa, Gretchen, Mark, & Sean 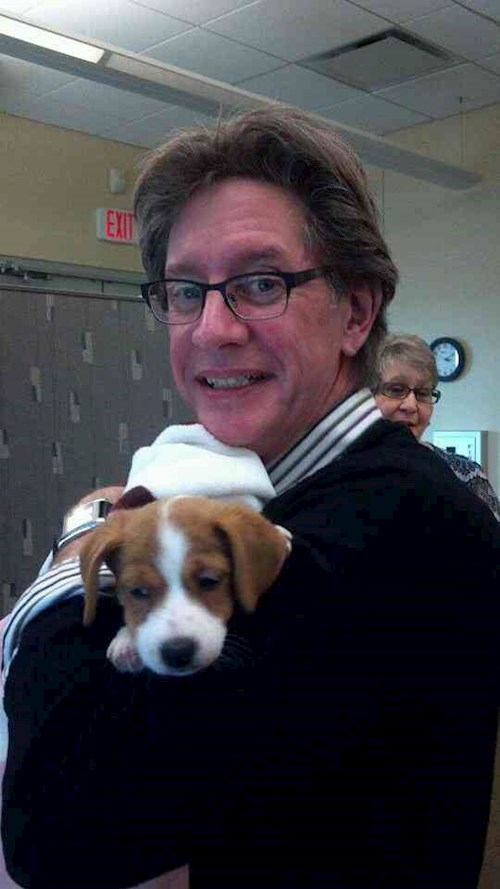 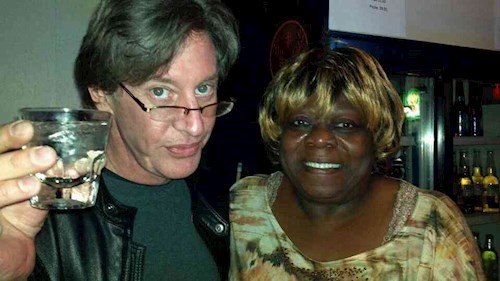 Mistress Ernestine had to steady her wig before the photo. One of my favorites. 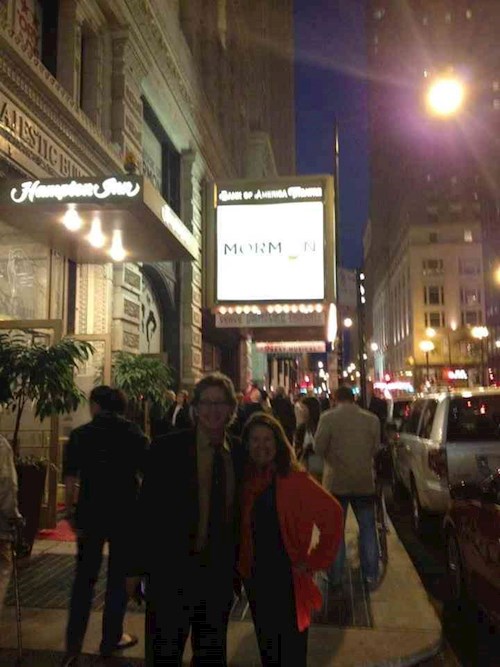 One of my favorite evenings!!! BOM with Danny and the gang! Murphy's Pub will never be the same!!

I remember you in prom garb in our back yard. You always look smart and spiffy. We love you and the family so much! Margie

Hey Dan It's Chef Leo. I wanted you to know my heart and prayers go out to you and your family during this difficult time. Stay strong and stay positive.