This is a positive place of news and encouragement where we will share Derek's journey as he battles anaplastic astrocytoma on his right thalamus(aggressive brain cancer)[...] read more

This is a positive place of news and encouragement where we will share Derek's journey as he battles anaplastic astrocytoma on his right thalamus(aggressive brain cancer). And Angela's Tumor of the Parotid Gland. 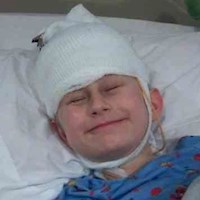 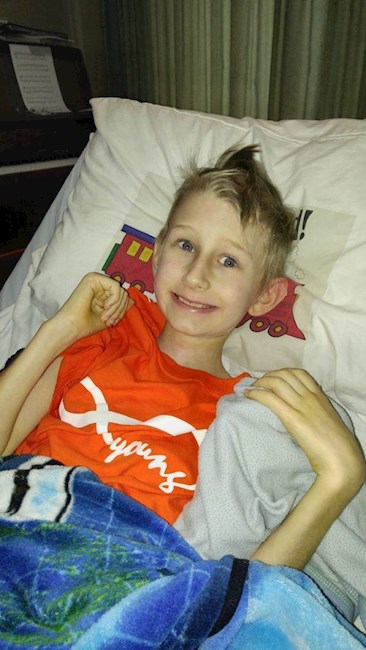 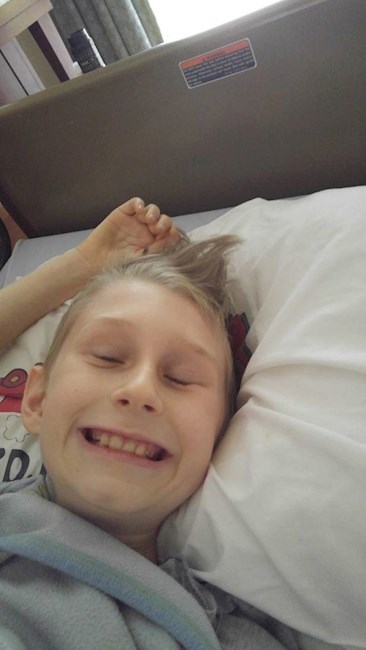 It is quite strange, but it is next to impossible for me to determine if the last 2 years have gone by quickly or very slow. Not a single day has gone by that I have not thought about Derek. Today is the 2nd year since Derek left Earth and went to reside in Heaven with Jesus. I can only surmise what wonders he has seen, what knowledge he has gained, what experiences he has experienced. It must be amazing. If I was honest, I would have to say I have a little, maybe a lot, of Heavenly jealously of him. I believe he is the lucky one. No longer feeling obligated to chase after meaningless trinkets, no longer balancing the needs of life and the pains of the body. All that is gone. What freedom! We only have a shadow of freedom here.

Two years ago today, I remember having one of my most heart breaking realizations. I had the gut wrenching thought that Derek is no longer my responsibility. I distinctly remember thinking that. He had been our responsibility every second of every minute of every hour of every day since he was born. And it was a joy. And just like that, he was not. Just like that, it was done. I was sad. I signed up for 18 years and I only got 8.

During his last few weeks, or maybe it was days I do not exactly remember, I was sitting next to Derek in his hospice bed and I had to have a conversation with him. I spoke with Derek and I remember I had to profess to him how sorry and deeply saddened I was because I had run out of options. I remember being so helpless. I remember thinking there must be something more I could do, there should be something more. But I had to have the conversation with him and tell him that there was nothing more I could do for him.

Despite all the research that I had done, despite all the collective “knowledge” that the medical industry has surmised and was willing to administer, I had to tell Derek that there was nothing more I could do for him. I remember being so sad that I had to tell him this. This is a conversation that no father should have with his son. Nor any parent should have with any of their children.

Derek listened to me and he conveyed this peace about him that in his own way comforted me without words. He told me it was okay and he knew I did all that I could. But his peace, truly his peace that he had that surpassed all of my understanding, made it easier. Derek knew where he was going, he told me this. He told me many things.

You may have heard people figuratively say “you will have to pry this from my cold dead hands”.  Derek lived those words. Derek did not figuratively or metaphorically say this, but Derek literally chose to hold his Cross and die with it in his hands. I had to literally pry it from his literal death grip after he passed from this world to the next. But as weak as he was, and he was very weak, he actively chose to hold his cross until the very end. Whether sleeping or awake, he held his cross. No one told him to do this either. To many people this might seem like an odd thing to do if you are dying and have not the strength to raise your arm, but this is what he chose to do. I wish I could have asked him why he did this, but since he lost the ability to speak, he was only able to give yes/no responses at the end. And even that was tiring for him. But when I would ask him if he wanted to keep holding his cross, he always, always answered yes!  I have my guesses why.

I can only cry so much before I must stop. Yet I will often think of Derek at strange times. I get sad at odd moments. But there are still things that bring me right back there. Reliving his last few weeks and especially key days are always hard. He went from being a perfectly healthy, super active child to dead is such a short period of time, it opened my eyes wide. I hear of people whose bodies are badly hurt in a car accident or something similar and yet they heal. But some radical cells are enough to end it. Humans are so resilient yet so fragile. Sometimes it is mind boggling.

Now I am only able to imagine what life would have been like for Derek had he not gotten brain cancer. Some lady will never know that she missed out on a great guy.

That's all for now