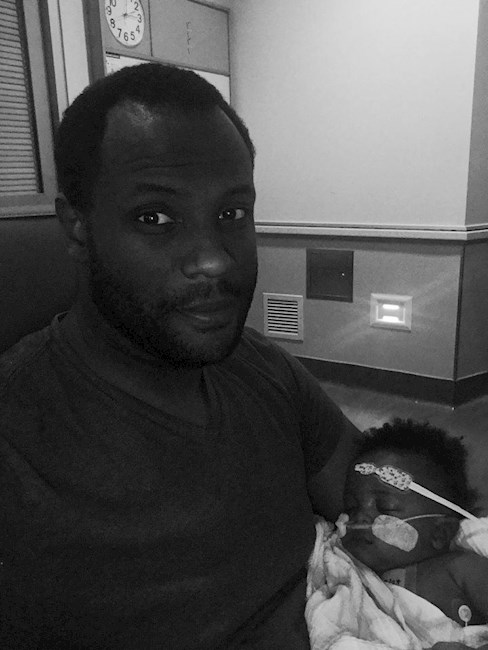 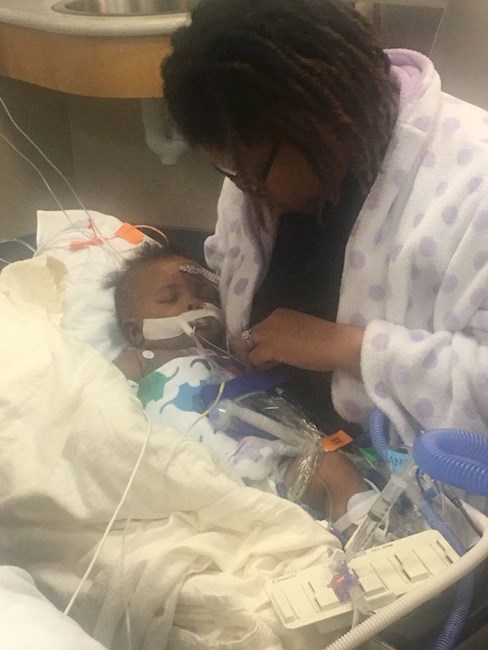 The last few days have been very chaotic and emotionally draining.  Chris Jr. had an MRI and it took over 24 hours for us to get his results.  Meanwhile, he was started on 3 new medications and his fever refused to break. There was still no cause for the fever.  Every day, we did everything we could to keep him calm so that he wouldn't be continuously sedated.  Then it was time.  His medical team decided to extubate him.  This time I was ready.  I had my questions. I made sure they determined that he was alert.  I made sure that I spoke with the respiratory therapist before hand and made sure she knew what she was doing.  I asked about the equipment, the steps that were being taken to prevent any injury, and what would happen if they were not successful.  Chris Jr. was successfully extubated at 1pm on Nov 26.  He is not on any sedatives and he is fully alert/responsive.  We have a longggg way to go as far as recovery but we are hopeful.  His MRI shows that he had a stroke and has brain damage to two areas of his brain. It's called a watershed stroke and it was likely caused by his cardiac arrest. The areas of damage are near his occipital lobe so we are seeing that he has some visual issues.  Right now, his neuro team can not tell us if the damage will be long lasting but he was enrolled in the Cardiac Neurodevelopment Program at the hospital.  From a parent standpoint, it's still hard to see my baby struggling.  He's lost some of the voluntary movement of his eyes and he has a hard time focusing his eyes in specific directions.  He's unable to hold up his head due to loss of muscle mass.  He has also lost the ability to suck/latch so he's using a feeding tube.  Right now, we're going through a period of continued suctioning since he has built up alot of secretions due to his long intubation.  It's hard to see my baby who was trying to crawl, laughing, smiling, sitting up, and full of life now struggling to even turn his head. We know that he will get better.  We know that he will get stronger.  He's one tough kiddo.