No sticky entries, yet. 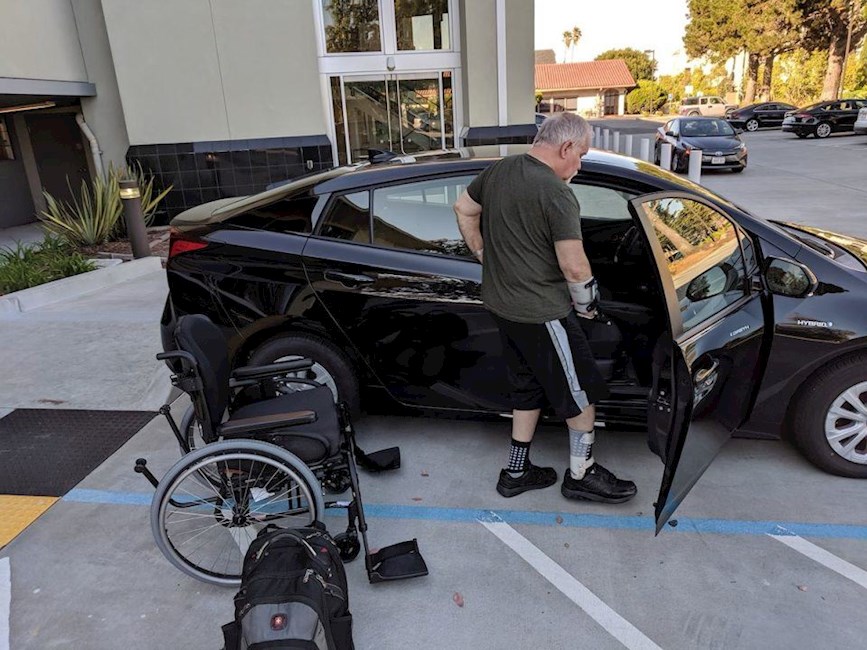 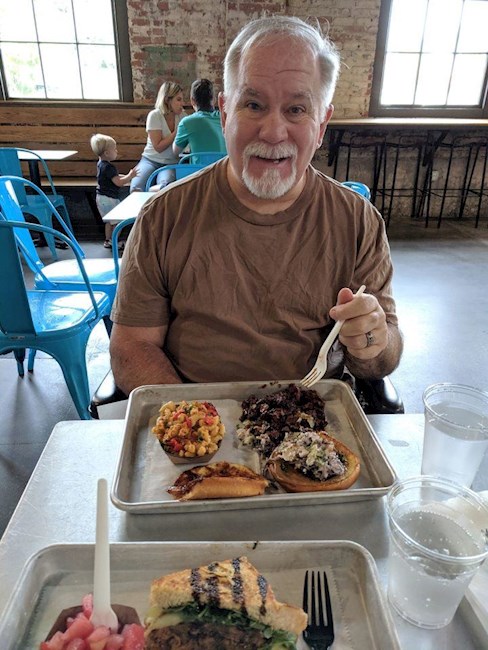 While this is only the fourth post of the year but that doesn't mean Thom has stopped making progress. His progress is slow but steady. To no surprise, his walking is the strongest as he has the most confidence in this. His cognition is very good overall, a few lapses here and there but that’s totally understandable given everything that has happened. He is slowly gaining back some words as well, it's all a matter of practice, practice, practice. Being the perfectionist that he always has been, he still doesn't want to try something unless he knows he can meet his standards so we still need to break down that barrier and just try. Even if he will not be as successful as he hopes, something is better than nothing at all.[...] 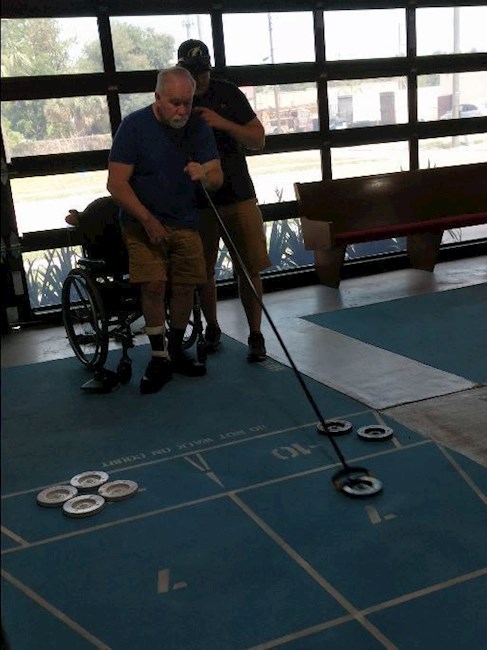 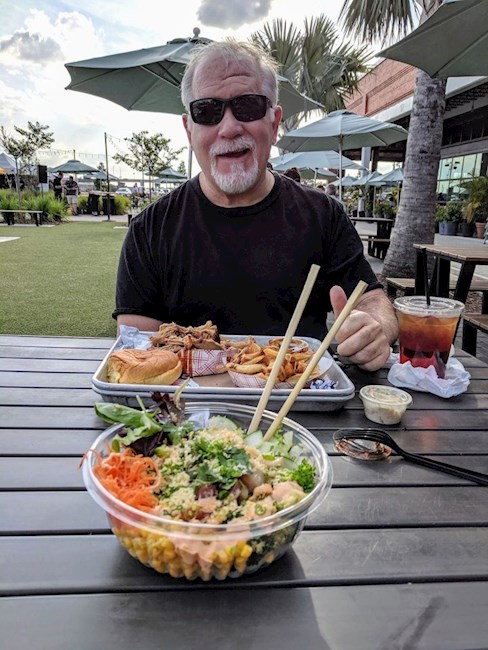 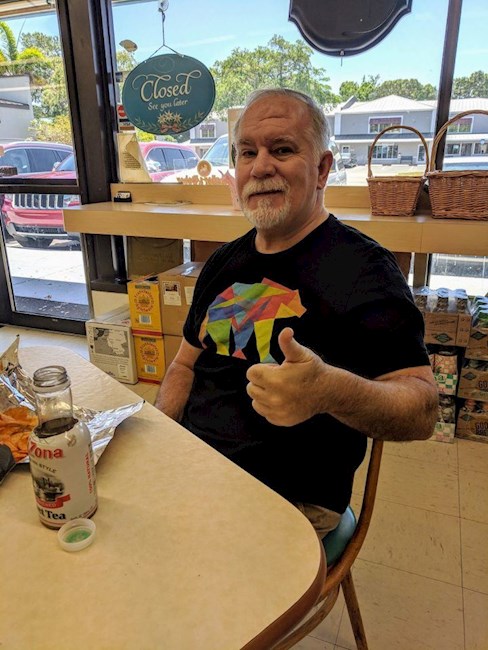 I know it’s been too long since the last update. We’ve been busy with the day to day stuff and I just haven't found time to make a worthy update. That being said, since November, we have flown out to California five times for a total eight weeks of intensive (thirty hours a week) therapy with the Neuro-IFRAH folks. We also started back up at The Aphasia Center in St Pete last month after doing several video chat sessions in between November and this month. We are going back to St Pete a couple times a week as Thom has been making some great progress.[...] 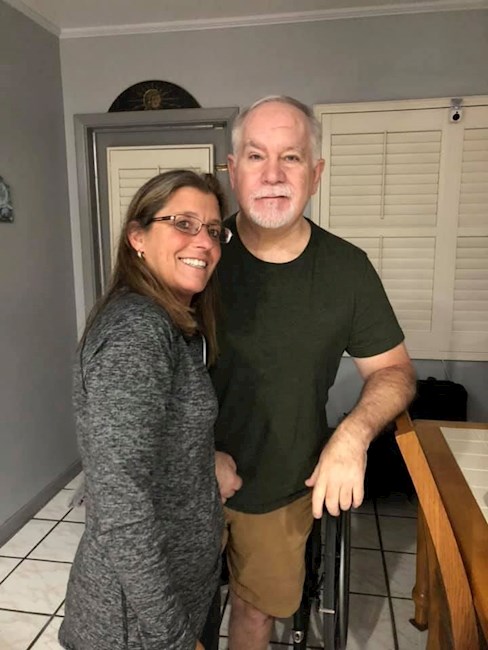 Today we embark on our fifth visit to California for therapy with the Neuro-IFRAH clinic. This place has been worth all the time, effort, money, hassel, and everything in between to say the least. I first started this blog about Dr. Thom Morris’ journey almost two years ago to the day. During the first week, I was incredibly hopeful for Thom and thinking in a matter of months, he would be up and walking about and talking a bit. Little did I know how slow this journey would actually be, and also how much patience and extra effort would be needed from me. It’s taken almost a year and half to find therapy that truly made an impact for him. With no offense to Tampa General, it just was not enough looking back. When someone has 90 minutes of therapy a week, how can a person expect to make significant progress when damage was that significant. Also, how can someone expect to gain anything when either the therapists yell or have generally negative attitudes (yes this happened, often, yet nothing was done), cause pain (each and every time), or just seem to give up because the patient isn’t progressing fast enough (they blamed it on Medicare for cutting Thom off but still mind-boggling). Between the folks at both the Neuro-IFRAH and The Aphasia Center, Thom’s physical, mental, and vocal states are seemingly light years ahead of where they would be if he were not part of these programs. What fascinating is that these two programs are so relatively unknown, and one is right in our backyard. It’s crazy to think of the butterfly effect regarding one simple recommendation: To see a Neuro-Opthamolgist. Thankfully, there was one therapist at TGH that recommended a this simply because Thom’s vision for his right side was not particularly strong. This led to meeting Dr Drucker, who recommended the University of Michigan’s Aphasia Program, which lead to The Aphasia Center, then to Neuro-IFRAH, who have Thom walking again! “Hey, have you seen a Neuro-Opthamologist? If not, you should, he’s really neglecting his right side. Let’s make sure he can even see out of that side clearly” Who knew?[...] 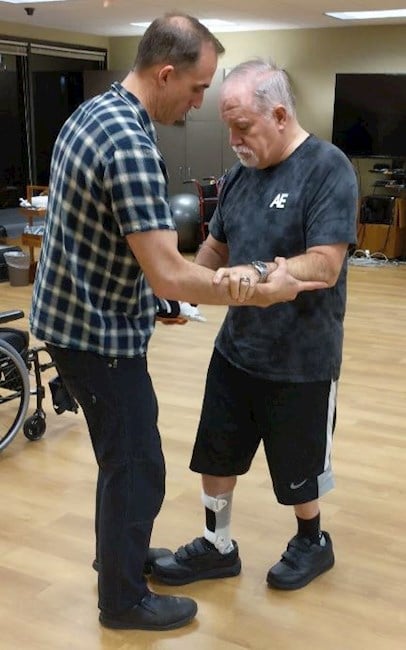 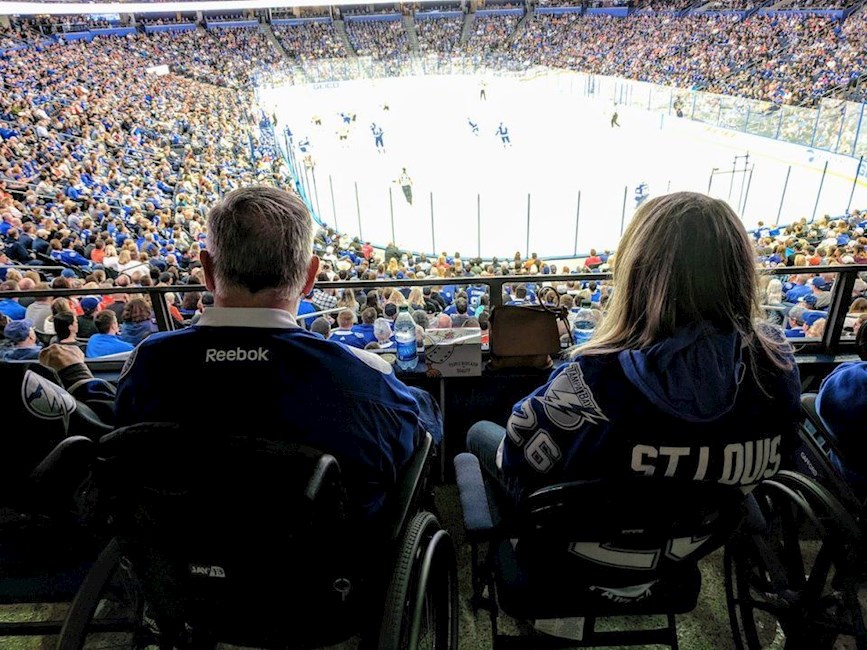 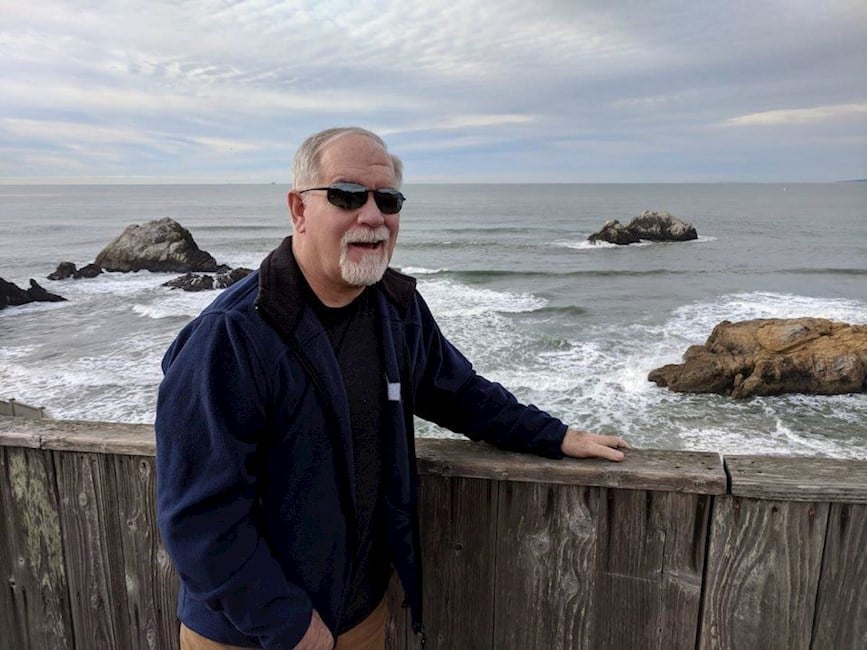 Happy New Year everyone! Today officially is the two-year anniversary of Thom's massive stroke. This stroke almost killed him but thankfully he has the will to live and fights every single day to get better. This last year for Thom has been a wild ride cross-country ride, between two rounds of outpatient therapy at Tampa General Hospital to two intensive sessions at five days a week for ten weeks total of speech therapy at The Aphasia Center in St Pete, to three and a half weeks of hardcore physical and occupational therapy in California. Sprinkle some home therapy in there too and it has been quite the year.[...]

It’s been quite the last eleven days out here in California. It’s been mostly ups with just a couple downs. The bad news mostly dealt with one main factor: the smoke. Even south of San Francisco was greatly impacted by the wildfires about 200 miles north near Chico. That smoke has affected Thom more than I anticipated. Combine the smoke with traveling in a plane for six hours, sleep cycles getting interrupted, it was no real surprise that he ended up a bit wheezy and congested and even had a nasty coughing bout where he was continuously hacking up a lung for almost a day. We actually had to go visit a doctor out here to make sure there wasn’t anything too serious to worry about and thankfully all we needed was some Mucinex DM and an antibiotic. Since we’ve been out here, the air quality never dropped below unhealthy until the last day when it’s rained all day.[...] 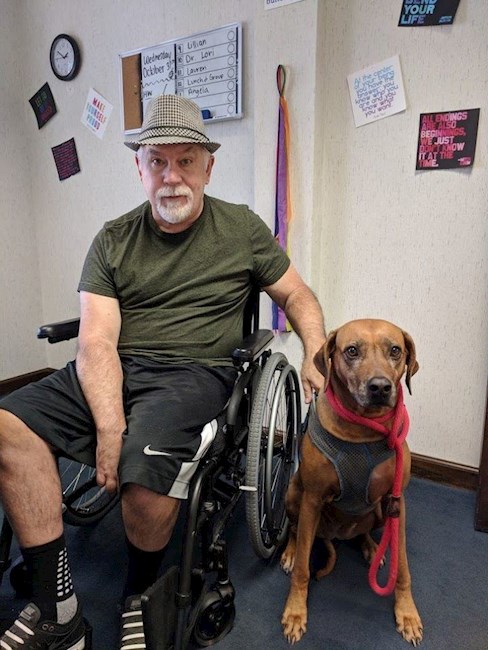 It’s been a bit since the last post so I’ll try to remember as much as possible. Starting with September,Thom just continued of the various therapies at home. Thom had speech therapy a couple times a week for an hour at a time and did physical therapy once a week for two hours. He also had a massage before PT to hopefully loosen him up a bit and that did wonders too. Both went well overall and were a good bridge until we could get him back into more intensive therapies.[...]

Since the last post, there are a number of updates and changes so I really hope I capture them all. I've been meaning to write this for the last two weeks but it's been stressful overall and I knew I wouldn't do it justice

We are starting to change course a bit. We flew out to San Diego to check out the Neuro-Ifrah approach to treatment for adults who have suffered a brain injury or stroke. While it was only a single week, it was definitely eye opening and overall it was totally worth while. They looked at some of the things we were doing in the past in outpatient here in Tampa and steered us in a different direction. It was also nice to have 3 straight hours of therapy fully dedicated to Thom 10 times over a week. They focused more on techniques/exercises to build up trunk control, scooting, scapula mobilization, exercises to facilitate/inhibit tone, alignment of the pelvis. There were no therapists setting him up on a bike then walking to the side to talk to someone else while Thom had a machine move his arms for him, no one forcing him to walk improperly (for what it's worth, even I was doing this as I was following what I saw from the local therapies), thankfully there was no one yelling at him (yes, this did happen at TGH in inpatient, I'm still livid about this as no real action was taken), no nuts and bolts on a board, no rocking knife, etc. If anyone is curious on any testimonials from Neuro-Ifrah, the best example could be found here: http://www.neuro-ifrah.org/videos-of-treatment and check out NEURO-IFRAH® VIDEO A. We actually met this gentleman during our visit and he highly recommended doing this as much as possible. This person is lucky enough to have been able to do 40+ weeks of treatment. He went from not being able to use one side really at all to being fully independent and even playing guitar. I know Thom could gain so much as well if we were capable of doing the same but there are so many obstacles in our way, with the two biggest being time (I have two jobs) and money (it's out of pocket). [...]

It's been a while since the last update but there hasn't been much going on so this will be a shorter update than the usually novella. Thom has continued to do his 1-2x weekly speech therapy sessions online and I get him up and walking and stretching daily. TGH actually has stopped therapy with him which is very frustrating considering the progress he was making in PT and OT. Thom also had a new script for more therapy after having a medical event (simply botox injections in his arm and hand, nothing bad so no need to worry) but they did the evaluation and sent him on his way with no follow up. Their reasoning was he has not made any progress in their eyes but I fail to see that logic and anyone who has come to see Thom can say the same. In the end, more has fallen on me to try to stretch him and do daily therapy, but no matter what, I won't be able to match what the therapists are able to do with equipment in outpatient. We are trying to make it work. Both Thom and I are very frustrated but trying to make the best of this and our new time.

We have traveled a bit since the last post as well. One quick trip to Savannah, GA to see family right after the Fourth of July. It was nice to see how well he did on a long ride again, and thankfully not to somewhere incredibly cold like Michigan last fall. We also flew to Boston to watch a cousin get married and also do some sightseeing in Maine and Massachusetts and had the opportunity to see some friendly faces up there too!! Seeing close family and some former students who are now good friends definitely made the trip special. Speaking of visits, we've also had a handful of people either stop by or even meet up for dinner. Thom is always so grateful to see each person, especially when he knows they traveled a few hours or simple just made the time to stop by and visit. Whether for 15 mins or a couple hours, it always motivates him to keep pushing to get better.[...]

It’s been quite the last month. Since the last update, Thom’s gone through about 10 sessions of each OT and PT, several online speech therapy sessions, a couple events thrown by Berkeley in his honor, several visits from friends and family, and much more.[...] 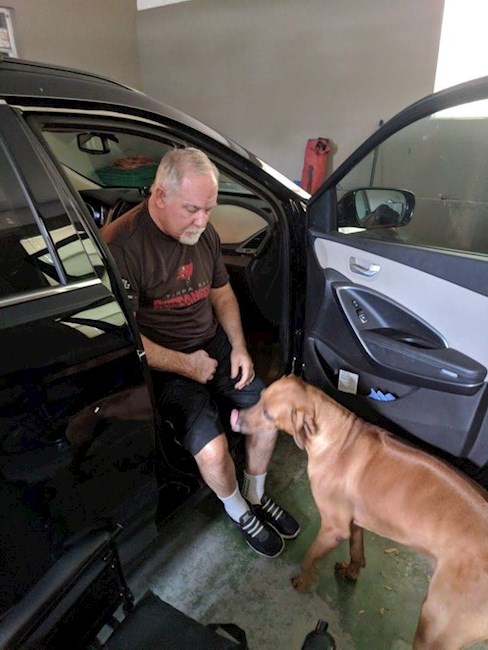 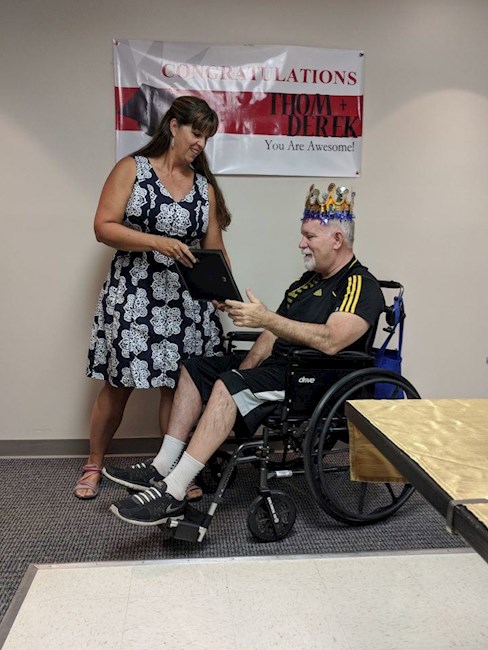 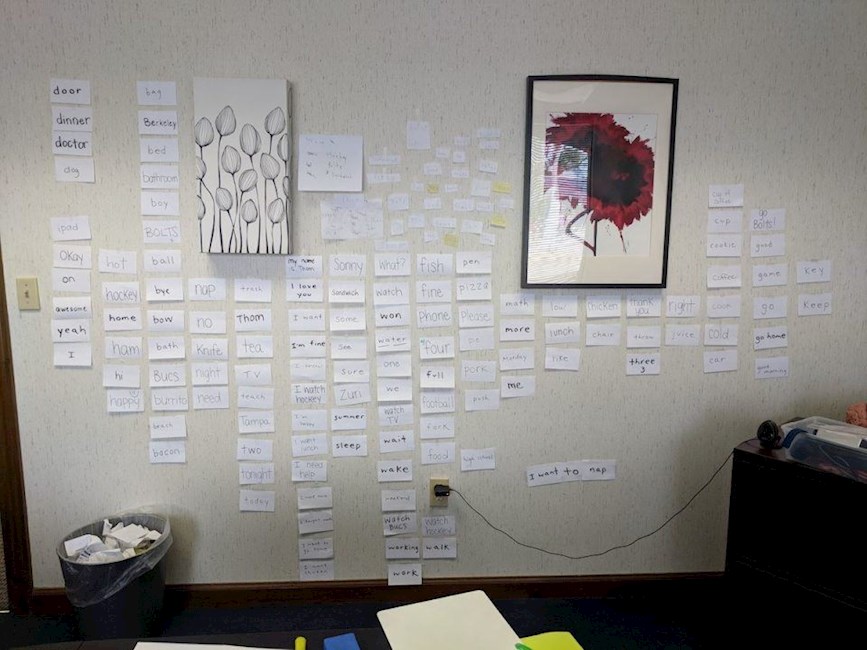 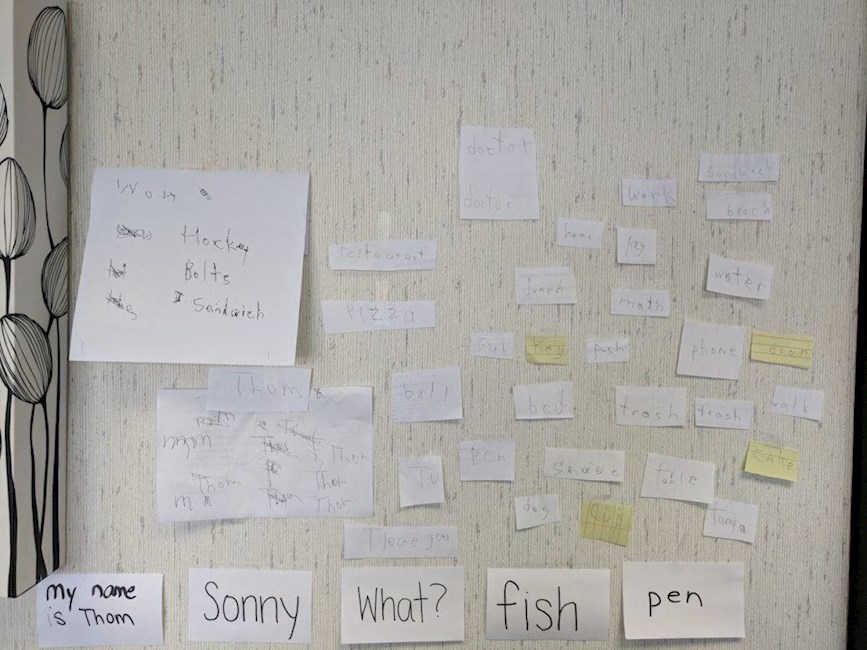 Another crazy last month or so and I FINALLY have a chance to sit down for an update for everyone. Mostly it’s regarding speech. I thought the program in Michigan was great, especially compared to just the couple 45 minute sessions a week in outpatient. Little did I know that I would be blown away yet again and thankfully this time it was right in our backyard! The Aphasia Center in St Pete was an absolutely tremendous experience.[...]