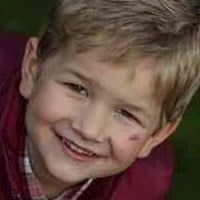 Edward has been relapsing for a few months. It came on slowly, so we weren't sure it was really a relapse at first. During the early part of the summer (when he was 3.5 years old), Edward was speaking really well, confident and pleasant to be around, and was nearly potty trained. He was using the potty regularly, keeping his diaper dry at night, and going days without accidents. In August he began to have more and more accidents until eventually we stopped trying to train and went back to full time diapering. We kept thinking he would improve after his monthly IVIg, but instead he began declining in other ways--sleep disturbances, screaming, increased crying and clinginess, worsening of his garbled speech, and odd moments that mimic autism where he gets really focused on one thing and can't be pulled away or deterred from it without a full on screaming/thrashing episode. When I line them all up like that the symptoms seem so obviously the earmarks of an OMS relapse, but unfortunately that's not how real life works. Those things are interspersed with hours and days of our sweet, normal Edward. Things that might be symptoms pop up at times when they might also easily be attributed to a late night, a change of schedule, a long car trip, a mild cold, or a few days of less than optimal nutrition. Add to that the fact that this apparent relapse has not been accompanied by any change in balance, mobility, or eye movement, and you can see why we were unsure. It was the sleep disturbances that finally convinced us this was real. He got another four-week course of rituximab (usually his miracle drug) in November, but we haven't seen any improvement, and his sleep disturbances and other OMS behaviors have only gotten worse.

He saw Dr. Mitchell yesterday. Because incontinence isn't considered a typical OMS symptom (though that doesn't mean it isn't one for Edward) she wants him to have an MRI to see if we're missing something. We're also trying a megadose pulse of decadron (a steroid) for three days to see if that will make a dent. He takes a low dose of it for five days each month, but this is four times his usual dose, so it's been a hard day and a half! It just intensifies his moodiness and makes him weepy, angry, hungry, and impatient. I held him for most of the day, and when I wasn't holding him he was crying and trying to get me to pick him up. He's four years old and a solid 45 lbs, so I'm getting a good workout!

Not everything is bad. Though we see a lot of emotional distress over this, we haven't seen any cognitive decline. Edward is very aware of what's going on and why we've been seeing Dr. Mitchell more often. His sense of humor is just fine, and he even made a joke yesterday about the MRI looking inside him to see if someone is in there pushing buttons to make things go wrong! He has patience and singleness of purpose and will sit and do puzzles--which he loves--or or look at books or play with cars by himself for long periods of time, though he certainly adores his brother and sister and plays well with them, too. He learns his memory verse every week, often after only a day or two of practice. He would want me to tell you that he threw away all his binkies on his 4th birthday on October 2 (his mama relied on them for a long time to help him get through pokes and calm him down in times of stress, but he's a big boy and it was time to let them go). He rides his balance bike fast and well. He's still working on a pedal bike, but the hold up is the pedals and not the balance, which he has mastered. He comments on life with clarity and discernment. He is such a precious, charming little boy (he would correct me and say, "Me a big boy!")!

Please pray for him and for us. I've decided not to venture to church tomorrow given the kinds of behaviors Edward is manifesting while he's on this high dose of decadron, so we'll get out the felts and have Sabbath school and church at home. Kameron will be home from GYC on Sunday (as a side note, check out https://gycweb.org/ for live streams of all plenary sessions--I've been streaming them and they've been encouraging and convicting!), and within a few days we should know whether this course of steroids has made a difference. We don't have a date for the MRI, yet, but it'll likely be next week. We'll take our next steps as we figure them out.

Thank you for your prayers and encouragement and may your Sabbath be a happy one!

And now a few pictures from our Christmas photo shoot (thank you to Aron Crews!). The scratch on Edward's cheek is a regular kid thing--he ran into the handle bar of Henry's bike the day before. Also, we have lots of pictures of each of our dear children, but this is Edward's blog, so I went heavy on the Edward pictures...