Chris will be undergoing neurological surgery for a mass, recently found, which is pressing on his brain.

Chris will be undergoing neurological surgery for a mass, recently found, which is pressing on his brain. 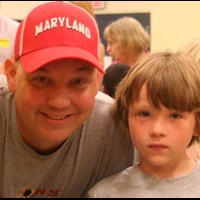 This past two weeks have been another whirlwind. Chris asked me to look at his head about two weeks ago. It looked as though it was red and peeling. We thought this was just a side effect of the radiation that had been completed the previous two weeks. And then he started swelling. He called and went in. They sent him for an MRI and told him they would be in touch. Well 10-15 minutes down the road to home they called and told him to come back they wanted to keep him overnight. So he turned around. This was on August 6th, on August 7th Dr. Woodworth was once again operating on Chris. He had an infection and they had to go back in to clean it up. They have also taken the frontal bone portion of his skull and are making a part for him. Imagine your forehead bone completely gone. This means Chris is wearing a helmet to protect his brain until they do surgery to put in the replacement part. He does not like this helmet at all! Chris is home now. The next surgery won't take place until Infectious Disease docs sign off on it and there is a chance that when Infectious Disease signs off on the surgery that when they go in if they don't like what they see, they could delay replacement until they are sure. I'm hoping and praying for just 1 more surery! I will keep you all posted. I love all of you!!