Jamie had emergency surgery November 23rd for acute internal bleeding as a result of a ruptured ovary. The pathology report indicated there was a Granulosa Cell tumor. [...] read more

Jamie had emergency surgery November 23rd for acute internal bleeding as a result of a ruptured ovary. The pathology report indicated there was a Granulosa Cell tumor. (About 1% of ovarian cancers are ovarian stromal cell tumors. Types of malignant (cancerous) stromal tumors include granulosa cel[...] read more 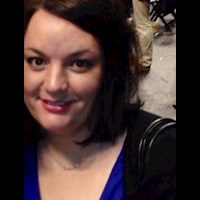 First Chemo treatment 2/12 was pretty uneventful.  No real side effects - thankfully.  Tough part of the appointment on Thursday was meeting with Dr. Mahdavi who informed us that instead of three treatments, there will now be six.  This was unexpected.  He just feels that based on multiple factors that six treatments would be better.  After three treatments, there will be a CAT scan as well as blood work to check inhibin levels.  (Inhibin levels- An aid in the diagnosis of patients with granulosa cell tumors of the ovary and as a marker for ovarian cancer.)

The real issue this weekend was dealing with the intense pain in legs.  This is a common side effect from the drugs unfortunately. This has make it very difficult to sleep and rest.  Aside from some queasiness, pain has been the real problem which hopefully will be rectified with some drugs on Monday.

Hopefully Jamie will be able to be able to return to work on Tuesday or Wednesday of this week. Wednesday is also the day where Jamie gets her blood levels tested for the first time since chemo.  I'm hoping that goes well and she starts to perk up and the pain diminishes.  That alone has been very tiring.

When to be there

Add to calendar
Stay in the know. Sign up to receive email notifications the moment new Journal entries are posted
Sign Up For Email Notifications
...