I was diagnosed with stage 4 stomach cancer in May 2018. Updates to my story will be posted here.

I was diagnosed with stage 4 stomach cancer in May 2018. Updates to my story will be posted here. 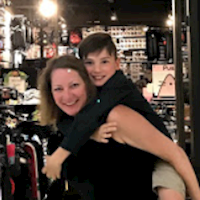 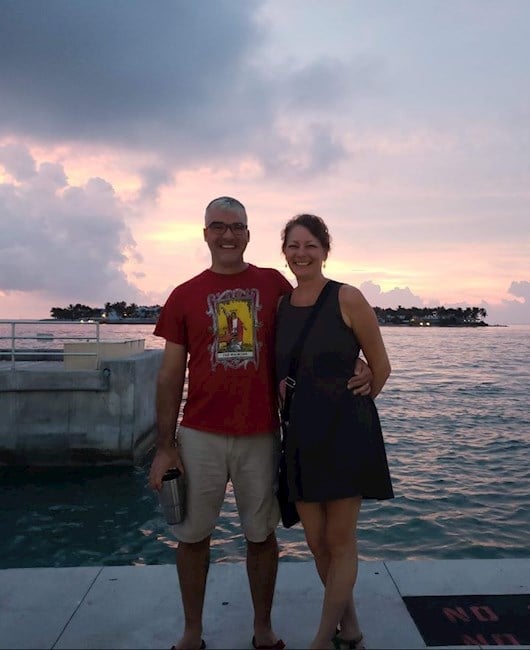 Kari was born in Lincoln, NE on March 4, 1976. She remained in Lincoln where she received an undergraduate degree from the University of Nebraska. Upon graduation Kari decided that she would never, ever shovel snow ever again and moved to Knoxville, TN. Soon after she moved to Memphis where she lived for eight years and met her future husband Adrian Tippens originally of Natchez, MS.

After a four-month storybook romance they married in Certaldo, Italy. They decided that roots would best be laid down in Charleston, SC. In Spring of 2007 they sold their homes, packed and moved to James Island. Kari received her master’s degree from the Citadel in 2014, worked at the Citadel, The College of Charleston and finally at MUSC Hospital, and was co-owner of Café Tippeneaux of the Charleston Farmer’s Market from 2008-16.

While none of the above means anything in the big scheme of things, what does matter is that Kari did not settle for merely existing. She lived. She lived her life to the fullest and squeezed every bit of life and adventure out of each moment. She never settled. And she kicked ass. She is remembered for such. Love Wins. Hers is a legacy of love and a life well lived. She is an inspiration on how the cards should be played.

Kari is survived by her parents Curtis and Beverly Smith of Gallatin, TN, her sisters Kristen Smith of Franklin, TN and Kelly Bell of Hendersonville, TN, and her husband Adrian L. Tippens and son Bouden S. Tippens of James Island.

In lieu of flowers we ask that you save the thoughts & gifts for now. We are working on getting things together to have a bench set up in her name at her favorite park down the street. Once I have that information I will post where you can donate to that cause. Thank you all for the LOVE. It is LOVE that wins in the end. Not bitterness toward why or how.  A true inspiration...