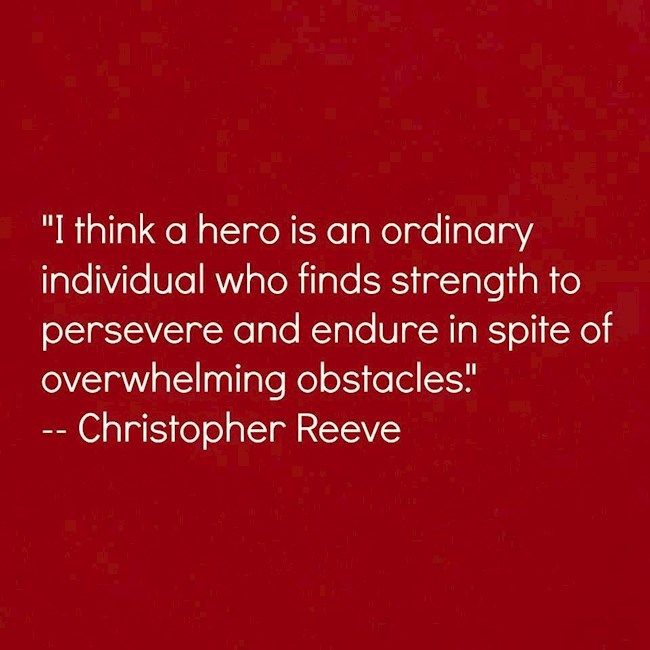 I often say that Neal and the boys are my heroes… and this is my truth. They have had to endure things I cannot even fathom as part of their battles with life-threatening illnesses, and I am constantly impressed by their will to overcome the often daunting challenges that life has placed in front of them.

Last week Jeremy participated in The Hero’s Journey program at the Hole in the Wall Gang Camp in CT. For those not familiar, this camp was founded by Paul Newman in his hometown of Ashford, CT, and serves children with cancer, immune disorders (like our 3 boys), hemophilia, sickle cell anemia, mitochondrial disease, HIV and other life-threatening illnesses. It is an incredible place where kids can feel normal for a week of summer camp among peers in similar situations, while being cared for by some of the most amazing counselors, nurses and camp staff ever.

Our boys have been fortunate to attend Hole in the Wall for several years, and when the camper turns 16, they have a special adventure planned for them called the “Hero’s Journey” based on Joseph Campbell’s famous monomyth. Most of you may have heard of the Hero’s Journey and how it fits many of our most favorite story characters as far back as Ulysses, and as modern and popular as Luke Skywalker and Harry Potter.

For me, a hero is as Christoper Reeve described: “I think a hero is an ordinary individual who finds strength to persevere in spite of overwhelming obstacles.”

Certainly… Neal is my hero. He is a hero to his boys who I know are watching and learning from him. And I know he is a hero to many of you as well. I don’t blame you!  Since Jeremy returned from his camp experience, I’ve been thinking a lot about my heroes, and specifically about Neal and his Hero’s Journey. It’s incredible how closely he has followed that path.

Propelled on a reluctant journey with a surprise diagnosis of stage IV cancer, our hero was given a dire prognosis from the very beginning of his journey. He was shocked, and perhaps in a bit of denial, but reluctantly decided to fight with all of the weapons made available to him. He sought out experts and learned from them, and eventually he chose the path with the greatest risk, but also the greatest reward. MORE TIME. And he got more time…3 1/2 years, when he was initially told 6 months... more time to make memories and share experiences with his loved ones. And then the cancer returned stronger than before and challenged him once again. This time the cancer was immune to the weapons, but the hero never gave up. Even when he was given mere weeks to live, he found the will to go on. Even when he could no longer eat… he endured. He knew he could not control the cancer, but he would not go quietly, and was determined to squeeze every single day possible with his family. Some days he fought for every hour until he realized he was ready to move on. He had fought the beast and while some might think that he was losing the battle, he had actually won, because he was the one who decided when he was ready to take the next step. He had made many sacrifices along the way to stay with his family… he had given up food and mobility and freedom. But he never gave up his determination to live aggressively. And so, now that he has finally decided that his journey is complete, he will take the time to rest in comfort as any warrior does after a fierce battle, knowing that he fought the good fight.

And this is where our hero (my hero) is today. Today by his own request Neal was transferred back to the hospice house for a well deserved rest along the final leg of his journey. We’re not certain how long he will rest before moving on, but he is and will always remain my hero.

Since Neal’s awake time is very precious to us right now, we are asking that visitors be limited to immediate family only at this time. We hope you understand.

Thank you so much to all of our family and friends for their continued support and prayers. You have made some of our hardest times bearable with your love and kindness. Thank you seems so inadequate, but it is most sincerely heartfelt by all of us.

With all my love,