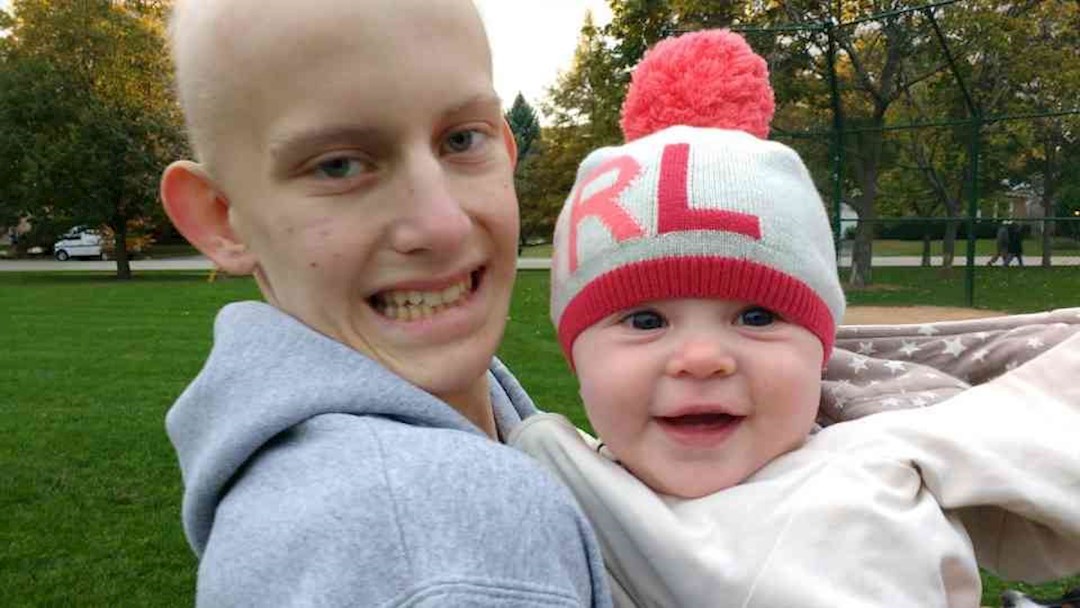 Luke has continued to make the most of this unplanned break in treatment.

Yesterday:
Local people, the new kitchen gallery upstairs at Abt is amazing. Luke and I would be happy living there, especially if we had access to the mattress department and maybe one massage chair. We'd miss the rest of the family, but we'd be pretty comfy.

After our Abt outing, we got quinoa veggie burgers and fries for lunch. I think it was the most Luke has eaten in one sitting since starting treatment!

When Paul and I went to Kate's volleyball, Luke met up with some of his dog friends for a nice walk. He got some baby snuggles in too!

Today:
This morning, I was able to entice him to go to Kate's volleyball by promising a trip to the Evanston market between matches. He cheered on the Titans and invited a few other parents to go along to the market. We piled into our car and all got crepes from our favorite vendor. The Evanston market is amazing. I don't think we need to make the trip to Lincoln Park any more. Luke already has plans to go back next Saturday. He'll be in the hospital Monday through Friday, but there's no maybe in his mind about the market on Saturday.

After the tourney ended, the coach (Kate's JV coach this year and Teddy's varsity coach last year) told Luke that he's looking forward to having him in the program. He and his assistant coach had gotten a varsity jersey made for Luke with his favorite number, and we're all hoping and praying that he'll wear it on the court someday. Coach also said his butternut squash soup is probably better than the one Luke loves! That's a pretty big claim.

Luke said later that he misses volleyball and is wondering if he can play some this winter. I think it's doubtful, but we'll see.

This afternoon, Paul, Kate, Luke and I went to a mini family reunion from my dad's dad's side. We weren't sure if we'd be able to go, but Luke really wanted to. My Aunt and my cousin were in town from Texas. My parents and my sister were there. Many of my dad's first cousins were there with their kids and grandkids, and my dad's 92 year old Aunt made it too. It was so nice to see everyone!

Teddy took Timo to the Northwestern football game today. It's hard to believe he's already been here a week!

Thank you all again for everything. Go Cubs!!