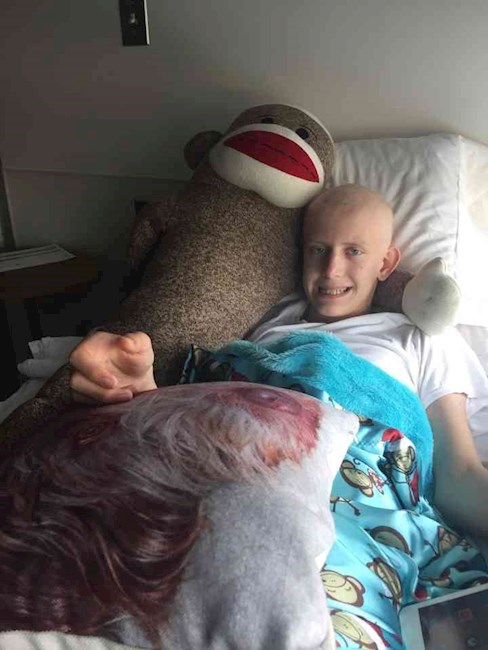 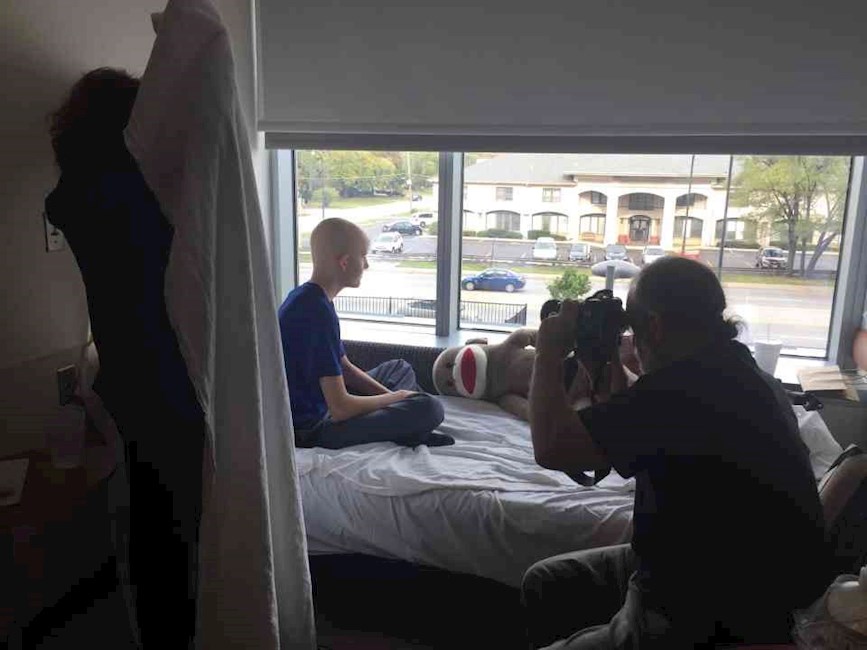 Luke wasn't feeling very well this morning and into the early afternoon. He had a pear for breakfast and just wanted to lie around and cuddle.

We had signed up a few weeks ago for a photo shoot with an organization called Flashes of Hope. They were set up today in a room over in the medical office side of the building. Luke wasn't feeling up for going over there, so they came to the room -- the photographer, a makeup artist (for me) and a hospital volunteer. Looking forward to seeing the images.

We brainstormed to try to come up with something he might want to eat this afternoon, but nothing sounded good. A friend had texted to see if she could bring anything, and Luke decided no, just a visit would be nice. When she checked again and offered Greek food, apparently she hit the right note. He asked for saganaki, Greek salad,
Greek spaghetti and Greek potatoes. He ate a bunch, had a nice visit and perked up considerably. It's hard to convince him sometimes that food might help.

Kate and Paul came to hang out this evening. Luke (and I) were both a little grouchy. I think he was bummed that I was headed home to sleep, but felt bad about saying so. I think I was bummed about leaving him.

He is expecting to get out early enough tomorrow morning to make it to the Evanston Farmers Market. I sure hope that works out.

Thank you all again for everything.