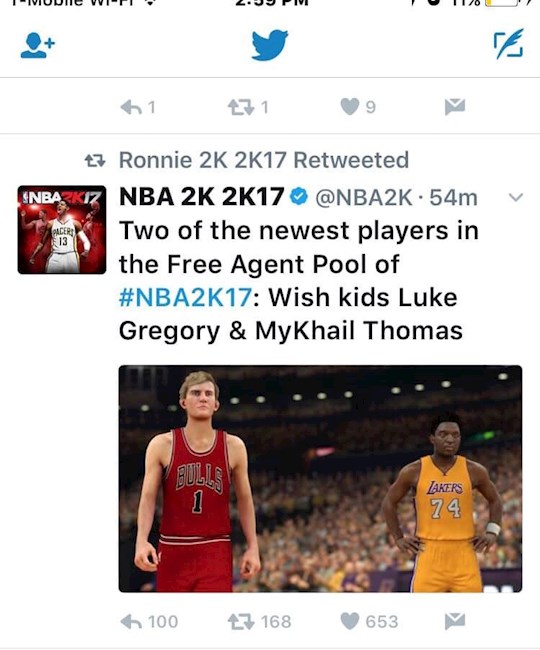 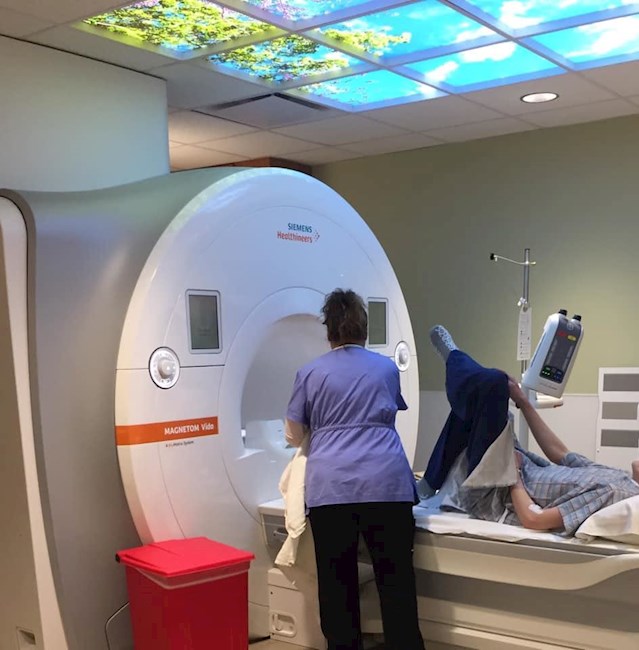 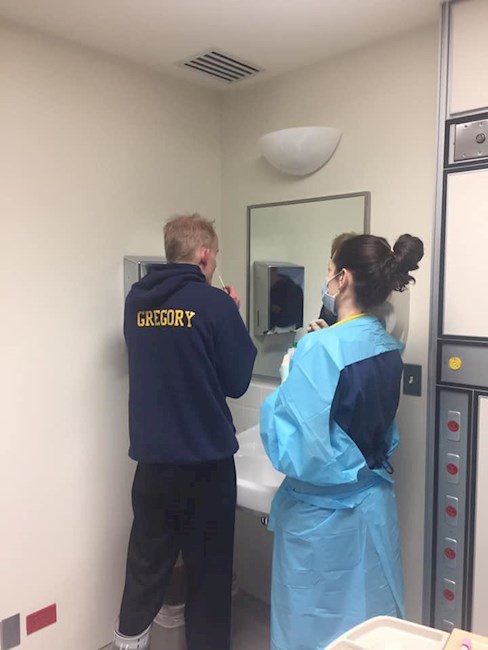 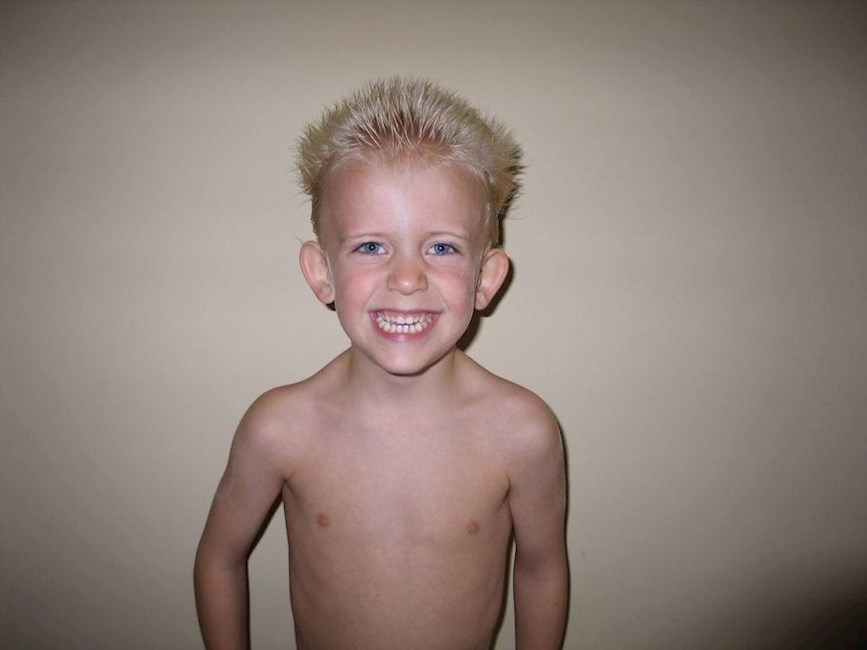 Luke reminded me that I've been neglecting posthope. For those who might be wondering how he's doing but aren't on facebook, here are the last several updates (minus some pictures):

Got on a kiddie roller coaster with Luke. Other riders wouldn't move to allow me to sit next to him, and thought I was weird for being worried about this big kid on the little coaster. Luke fell off roller coaster into water. While I was watching him struggling to surface and trying to get off coaster to help, he popped up, but "he" turned out to be another kid instead. Then Luke showed up on a zamboni, shooting baskets with the zamboni driver. "I'm ok, Mom!"

He's having an MRI right now. Hoping and praying that he is indeed OK.

No evidence of cancer on the MRI! A nurse usually calls with results, so when I heard the doctor's voice, I got pretty scared. She wanted to talk things through a little because the radiologist thinks there's a fracture toward the back somewhere. Luke's MRI is always tricky to read because of all that the foot has been through with cancer, radiation, exercise, etc. They're going to have a foot guy look at the MRI, but the big news is no cancer. Luke's at track practice right now

Two years ago today, Luke had an amazing experience at 2KSports with NBA2K -- motion capture with professional dunkers and ball handlers, a meeting with department heads and developers to share ideas about how to improve the game, a tour where he was shown different aspects of developing the game including how they create realistic players (including Luke), lots of swag, a Warriors game and more. Thanks to the kindness of friends and strangers, he was able to have this experience (which he was considering for his wish) without "spending" his wish and without even having to ask. The day at 2K and our quick trip to San Francisco were such bright spots during a really rough year. It was great that Teddy got to be a part of it too, even though he didn't get to do mo-cap and be in the video game.

Stress fracture in the calcaneus bone. In a boot. Recheck in 3 weeks. I'm bummed about the setback for him, but I'm so, so grateful that it's a fracture and not cancer.

Last week after his run at practice (actually on the day of the MRI before we found out about the possible fracture the next day), "I would be so much faster and stronger if I didn't have that surgery. Well, and chemo... and cancer." That's the closest he's gotten to "woe is me" in the last two and a half years.

Luke asked the doctor if he could take the boot off to ride an exercise bike. No, but you can try biking with the boot on. Blurry photo was taken right after he walked the dogs this evening.

The kid has been through so much, but flu swabs are one of his least favorite things. Sure Luke, you can do it yourself (pediatric oncology nurses are the best)!

Positive for influenza A. We're thankful that his ANC was high enough to avoid hospital admission. Fevers are taken seriously when you have a port even when your counts are good, so they also drew blood cultures to make sure there's nothing else going on.

He's feeling pretty crummy but still insisted on getting out for a short walk with the dogs between rain storms today.

Flu recovery was/is going pretty well, so the doctor thought we should go ahead with yesterday's chemo. Chemo on top of the flu doesn't sound very fair to me, but Luke handled it like the old pro that he is. He made it through yesterday fever free and headed to school for second period today. His biggest problem right now is back pain, which is exacerbated by his cough. His pain tries to send my mind to dark places, even though I know it's from the cough and flu plus a collision that he and Santo had with each other.

After chemo yesterday, he asked me to drop him off at the park where Paul was with the dogs, and then Luke walked Santo home while Paul took Penny in the car. Luke walked with the dogs each day while he was sick, but I went with him because his strength wasn't the best for keeping up with Santo. When he hadn't gotten home 45 minutes after Paul left him, I set out to look for him. He, of course, had just extended his walk on the warmish sunny day.

He'll see the foot doctor this afternoon for the 3 week follow-up for the fracture. He's kind of counting on the doctor saying he can get out of the boot, so fingers crossed for that!

Update:Two more weeks in boot, then one week in regular shoe, then come in for recheck. And no, don't try to run once you're back in the shoe. No running until after you come back. Rats!

Luke doesn’t let me take or post many pictures lately, so here’s one from 2007 that made me smile.

A couple pieces of big news this week: Luke was cleared to start running again yesterday, and Paul GOT A JOB!

The doctor told Luke to ease back in -- “be an airplane, not a rocket.” That’s not really Luke’s style, but I think he understands the risks. He’s hoping to be able to run in at least one track meet this spring and to do another half marathon later this year. He ran a mile yesterday and said it felt really good to be running again. Paul should be starting his new job in the next week or so.

Luke was due for his CT scan at the end of March. His last CT was in December, but his December MRI was delayed until February because of the pins in his foot. If we stayed on that schedule, he’d be alternating CT and MRI every six weeks or so. Scanxiety-wise, that might be a little much (for me), so we’ll get them synced back up and have both in mid-late May. Of course, there’s a little anxiety about going 5 months between CTs, but I seem to be the only one feeling that. I’m also going to push for a PET again after a couple more horror stories of the beast showing up somewhere “unexpected” in other kids. He’s still plugging away with the maintenance chemo.

Santo’s tenure here has been a little dicey. He was fine for the first week or two, but then started barking aggressively and pulling strongly toward other dogs on walks. He now seems fine with other dogs with Paul and with me, but he’s different when Luke is in the picture. I’m overprotective of Luke at times too, so I get it, but my overprotective behavior is more socially acceptable than that of a crazy, barking dog. We’ve promised a neighbor that we won’t walk him around the neighborhood for now. Dog walking and friends with dogs are such big parts of Luke’s life that Santo needs to figure it out. Let me know if you and your dog want to help with the conditioning.

Kate is still working on a college decision. She and I drove from Glenview to Nashville then onto Columbia, SC on Saturday and Sunday, then back from Columbia on Monday and Tuesday. We had fun, but it was a whole lot of driving in a short amount of time. Paul and Luke held down the fort at home including chemo and Luke's IEP meeting. We're grateful for all of the support that he gets from teachers and staff at GBS.