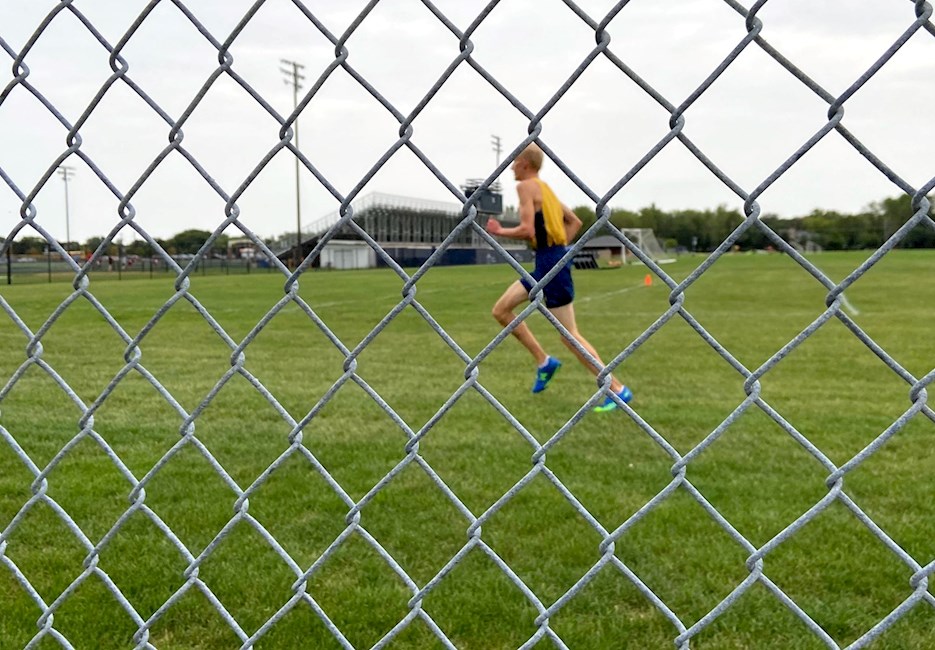 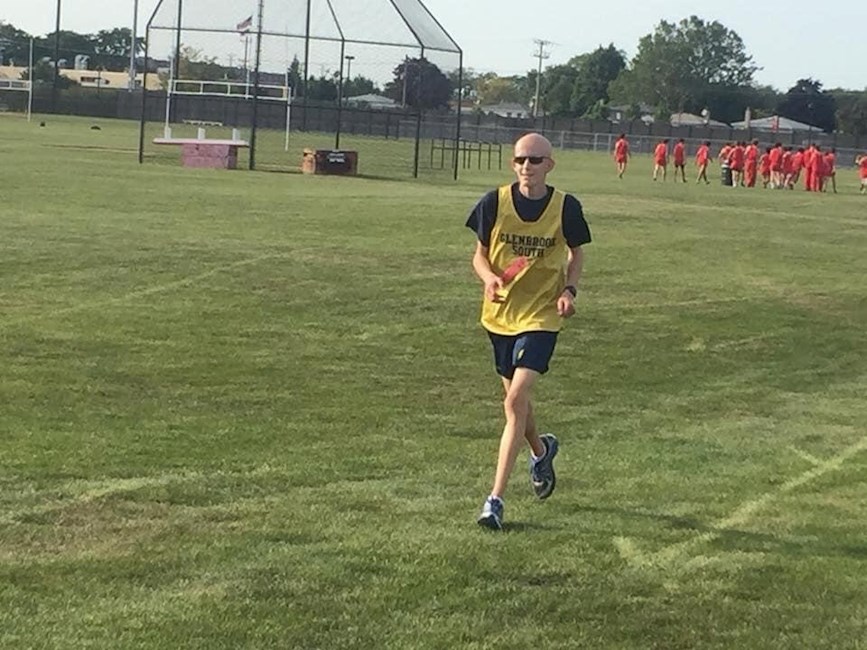 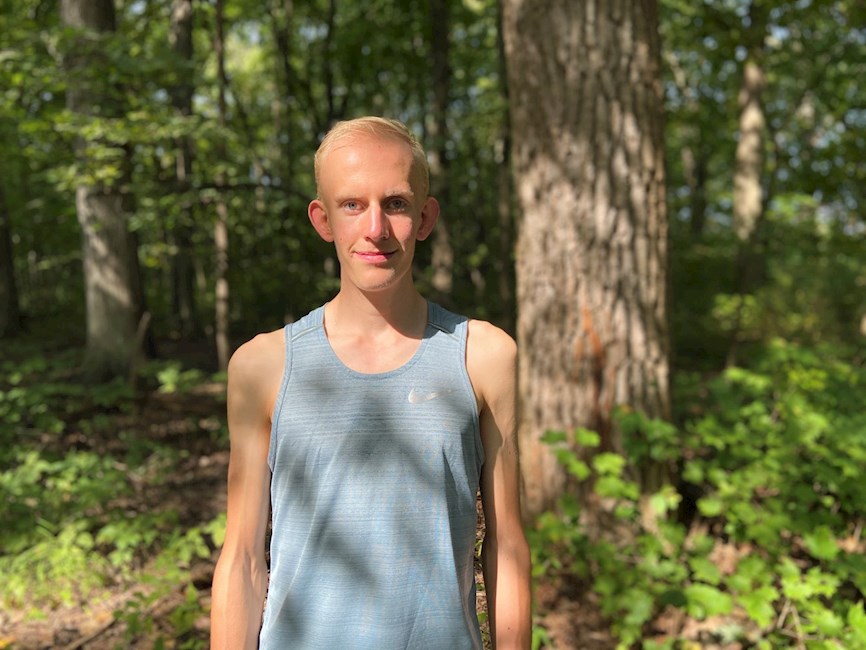 I experienced my first runner's high yesterday, and I didn't even run! It came from watching my little guy look stronger than ever out on the cross country course and beating his previous best 3-mile time by a minute and 47 seconds. It was also his first race as a team captain. He brought the captain news home from practice on Thursday night, and yes, I cried. His first race of the season was last Saturday at Evanston. I stood outside the fence and cried for the whole race - his last first race of his high school career. The bright side of the covid spectator rules is that no one was around to notice. His first race ever was 3 years ago today. I'm so grateful that his sport gets to happen this fall but of course infinitely more grateful that he's here to participate. At diagnosis, he had a 10.5x2.5x2.5 cm tumor in the bottom of his left foot. The beast was also in a bunch of bones in that foot, in his spine, and in his other leg. He was using a knee scooter to get around. He has come so far, and we are so incredibly fortunate, lucky, blessed.

The summer before high school (about 10 months into treatment), Luke decided that he wanted to run cross country at GBS. He hadn't really done any running during those 10 months, but he had tried to stay active by getting out for walks with Penny no matter how he felt. He emailed the high school coach to let him know that he'd like to be on the team, that he was undergoing treatment for cancer and would have to miss practices, that he probably wouldn't be very fast and that he hoped that would be ok. I remember thinking I'd go all mama bear if the coach didn't respond with a warm welcome, but it became clear very quickly that I never had to worry about that. And now, he's a senior and a captain.

We've been kicking around some ideas for some pediatric cancer awareness and fundraising. We've thought we should tie some fundraising into running somehow - miles run in September (Luke's and/or mine), seconds of improvement over personal best times (um, just Luke's), or something else. Any challenges for us?

Pediatric cancer research is sadly very dependent upon fundraising by families who have been affected by specific diseases. Here are a couple of examples:
Megan Bugg was diagnosed with stage 4 ARMS in late 2014 when she was in 8th grade. Same age, same diagnosis as Luke, but she has relapsed 4 times. She started this fundraiser to try to get a promising drug to trial.

The Siders family partnered with this campaign after their daughter Ella was diagnosed with a rare subtype of AML last year.

In lieu of or in addition to a donation, you could:
-Share these causes
-Wear something gold and/or change your profile picture
-Join the Cal's Angels Be Bold, Go Gold 2020 Challenge to raise funds or just to raise awareness.
-Donate blood
-Sign up for the bone marrow registry at join.bethematch.org. Donors between 18 and 44 are most needed. I've been on the registry for at least a couple of decades and have only been contacted once as a potential match. If you are matched, you can save a life.
-Sign up for a virtual race. The James Lodato Cure Childhood Cancer 5K is an option - funds go to Cycle for Survival. James passed away at 7 after battling stage 4 ARMS for just 10 months.