Ask Me About My Mom's Dementia!

If you're reading this, then you're someone who cares about my mom, Margaret Daugherty, and wants to keep up-to-date on the status of her health and ways to contribute yo[...] read more

If you're reading this, then you're someone who cares about my mom, Margaret Daugherty, and wants to keep up-to-date on the status of her health and ways to contribute your support. For that, I thank you profusely. You can check this blog to coordinate visits to see her, read about how she's doing, [...] read more 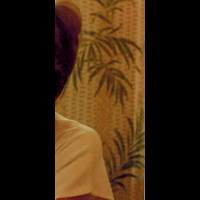 Many of you already know about the recent change in plans, but I imagine others have not yet heard. Very shortly after Dennis left, Mom began saying that she missed him terribly and wanted to move back to Oregon to be with him again. Back in Oregon, Dennis was having similar feelings, and they decided to bring her back to Ashland. Mom is really quite a challenge to care for right now, and Dennis has accordingly determined that she will need to live in a memory care facility rather than at home with him. He’s made several efforts to ensure that she understands the conditions of her move before committing to it, and she maintains that she still wants to move back. Her good friend Linda has generously volunteered to accompany her on her flight Saturday, April 30.

Meanwhile, Mom is raising mayhem in El Segundo. She’s latched onto the notion that her weekday caregiver, Annette, is the devil incarnate. She hits, kicks, throws objects, screams for the police, curses, refuses medication, refuses showers: anything she can do to be oppositional with Annette, she does it. I know that many of you will think, “God, if Margaret is doing all of that this caregiver must be really awful!” You have my word that this is really, really not the case. This paranoid and violent behavior is a manifestation of her dementia, and it’s unfortunate that it can, is, and will be directed at some pretty wonderful people. Annette has had the patience of a saint in withstanding all this, determined to continue her efforts to provide care in spite of it. Nonetheless, as the antagonism Mom feels towards her caregiver has grown over the past few weeks I can see that - even with less than two weeks left until the move - it’s going to be necessary to find a substitute for Annette, someone who doesn’t already carry a false-narrative of being a villain. I’ve communicated as much to the care agency, and they’re working on finding a replacement to send ASAP.

Until Mary Poppins arrives, I’m feeling absolutely run down from the phone calls I’ve been getting throughout the day begging me to try and talk my mom down from a tantrum, to get her to take her medication, to get her to stop hitting and kicking. I feel hopeless when I hear how she’s acting, when I fail to persuade her to stop, and I feel burdened by having to deal with all of this while I’m 30 miles away at work, trying to keep it together. I have to profusely thank Mom’s friend Lisa Mescher, who has been an utterly devoted friend, an inter-weekly visitor, and a mediator during these meltdowns. If you’d like to see Mom before she returns to Ashland, if you’d like to help me preserve my rapidly dwindling patience, if you’d like to placate a very emotional version of my mother, or any combination of the above, the remainder of this month would be a very good time to drop by for a visit.