Home is the best therapy

After saying good-bye to all of our new friends at Zale, Carey survived a 7 hour drive home! We encountered construction and traffic issues twice on the way home, making the drive longer than we had hoped. I'm not sure who was more excited when we came in: the dogs or Carey seeing his "babies" for the first time since the ambulance arrived exactly one month earlier. Sorry about the photos, either the dogs were a blur or Carey was! 😃 He works hard everyday, except when he has a dog in his lap! We have an evaluation tomorrow (finally) to begin the out patient therapy in Amarillo. Nothing will compare to our experience at Zale, I feel sure, but our insurance saw enough progress to move us into the next phase of recovery. Home and a pack of dogs is the best therapy he could have! Progress is slow, but I see progress everyday.

Carey walked to the gym this morning in his new brace and walker, and he had a final turn on the treadmill with Edward and Kristi. What a great team! Everyone at Zale is so dedicated and fun to work with. Even the "Nazi's" 😉. At the end of the day, Edward personally delivered Carey's blue socks! The wheel chair is in the trunk and we are ready to head out tomorrow. Can't wait for the "pack" and our own space. We still have a long way to go, so stay tuned...will try to continue to document Carey's road to complete recovery.

Arrived here Tuesday to find Carey greatly improved. The staff refers to him as their "Star Pupil". No surprise to anyone who is familiar with his spirit and resolve. Today he walked from his room to Physical Therapy .......70 STEPS.....aided only with a belt and his therapist, Edward, closely behind. FACT. He has improved to the extent that the insurance company wanted him released yesterday. His doctor refused, but agreed to release him, Saturday, March 7th, almost a week ahead of schedule. We couldn't have had better news! I've never witnessed a more amazing and knowledgeable staff. However, their collective brilliance is their team efforts and joyful spirits. The foundation for recovery has been laid. The completion awaits him at home with his beloved wife, Janet, ........Sophie, Mia, Bella, Blackie, & Sam . The journey back has begun .......

After being gone for what seems like an eternity, I returned to find a much stronger Carey! He is transitioning much easier from chair to bed, etc. When I left Tuesday, I was trained in how to properly "lift/assist" him in moving from place to place. Now I'm only around as a "spotter". His strength is certainly returning and mobility is much improved. All those daily "normal" tasks like shaving, coming hair, brushing teeth is being accomplished with out any assistance. Chad must have been a good nurse in my absence! My biggest surprise was watching him take the long walk this morning to the gym in a walker. Then he spent the rest of his hour on a treadmill! There is no keeping him down now! Scotty and Ivo have figured out how best to "get even" when Carey starts dishing it out. So grateful to be surrounded by such a capable and fun loving staff...it shows in the great progress I see in the 2 short weeks we have been at Zale.[...] 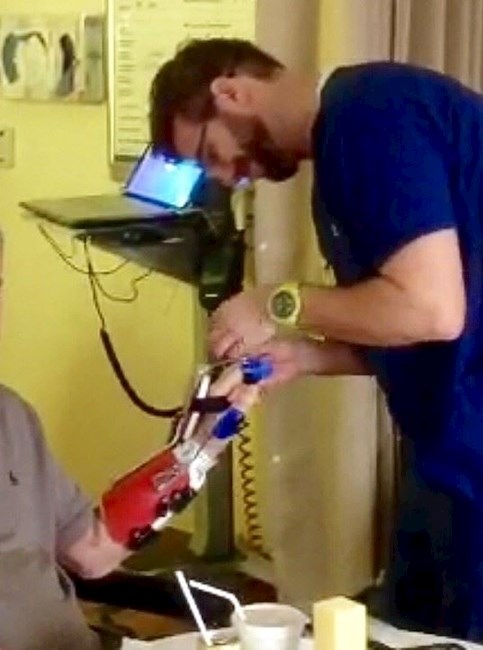 The photo above shows Scotty, my occupational therapist, attaching a medieval torture device designed to excersise my wrist and fingers. The jury's still out. I'll let you know. I don't care how little sleep I've had, how bad I feel or how tired I am.....the staff here just doesn't care. Their job is to get you up, get you moving and get you home and they are very serious about it. I've never met a more joyful, dedicated and talented group of people. As someone accustomed to dishing it out, I've met my match with these folks. They give it right back. We're developing a bit of a Love/Hate relationship. The rehab schedule is often grueling but designed to pack as much work as possible into a day. What could be mistaken for lack of sympathy is really dedication to my success. When you're admitted here you're given a pair of ugly, ill fitting yellow socks. The goal of rehab is to graduate to a pair of ugly, ill fitting blue socks. Yellow socks mean no unassisted standing or walking, fall precautions and staff present for any transfers. Blue socks mean freedom and unassisted walking. I will walk out of here with a pair of those blue socks. I continue to be humbled by the cards, letters, posts, prayers and well wishes from friends and family. 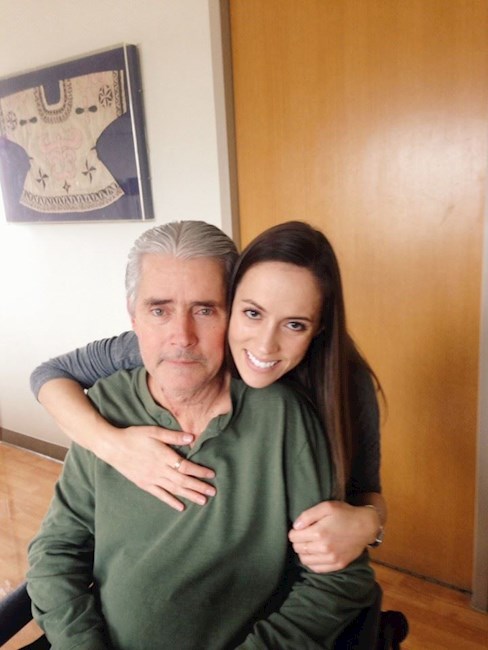 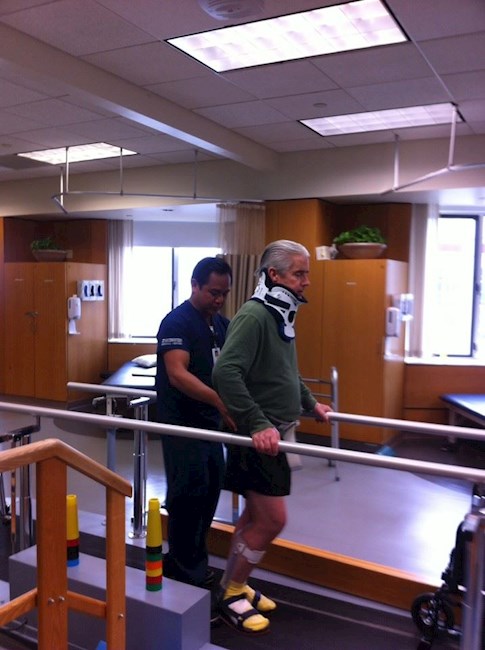 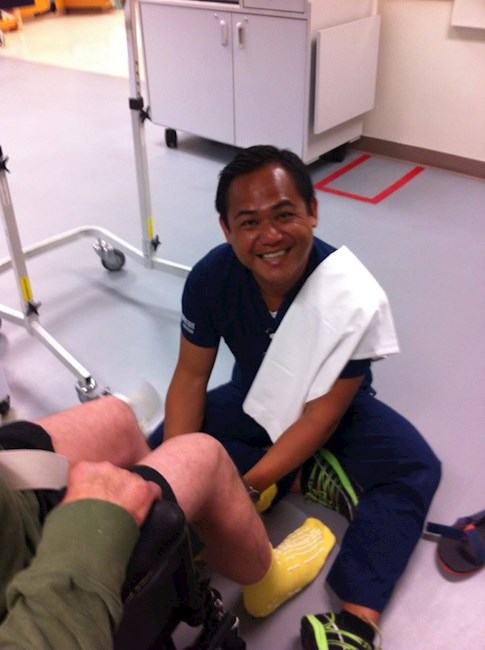 Finally, after almost 2 weeks, we seem to have turned the corner and we see increased energy and stamina. Started the morning with a shower (badly needed), straight to physical therapy and Carey was busy pretty much the entire day. This was really the first day he felt his strength returning. It was hard saying bye to Ky, but staying busy and seeing progress helped take his mind off her leaving. We had some special moments with her...precious to our hearts...we will never forget them. 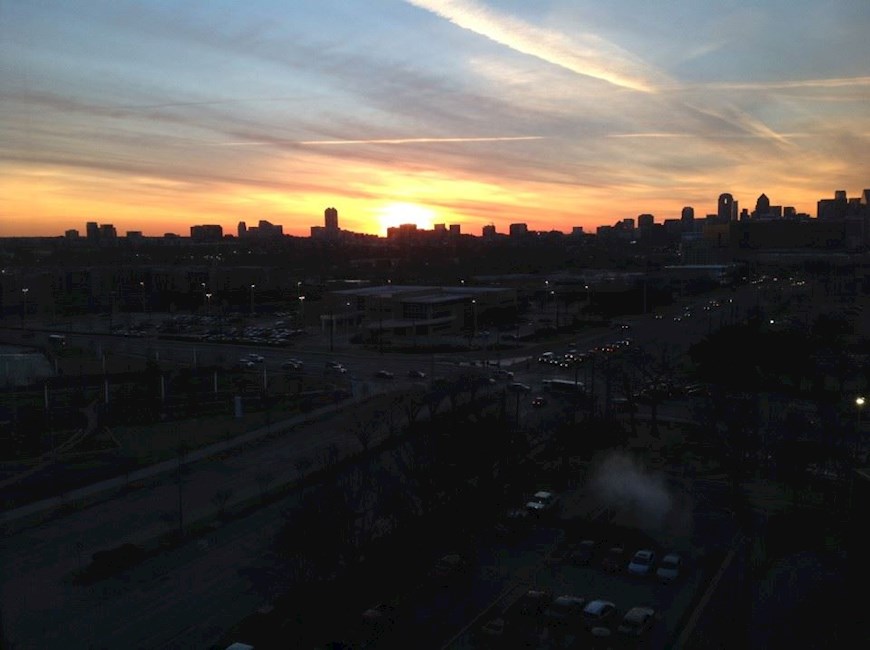 Carey started with his full-time physical therapist, Edward and occupation therapist, Scotty, on Tuesday.  Word around the facility is that they are the best here and we feel very lucky to have them.  Carey already loves them both.  The schedule is exhausting, as they have him in therapy for 3.5-4 hours a day but his strength and mobility is improving.  He's learning to feed himself, comb his hair and has started playing on his ipad.  He hasn't had much neck pain from the surgery but still has some nerve pain in the hands.  It has gotten a little better each day.  [...]

On the night of February 7th, Carey took a fall at home. When I found him, he was unconscious and had no feeling in his legs or arms and had a badly bruised face where he fell. He had more or less broken his neck. We spent a traumatic 12 hours in the NWTH ER, where scans were taken and a diagnosis was determined. He was admitted Sunday, February 8th into ICU and Dr. CP Paullus became his surgeon. On Monday, February 9th, he had a 4 hour surgery to remove a bone spur, clean up some calcification on other disks, and have titanium plates and screws installed in his neck. Post-op he regained feeling everywhere, but mobility was limited. His right leg and both arms had very little movement and he had extreme nerve pain in both arms. Over the next several days, the pain slowly began to subside in his upper arms, then the lower arms and finally only the hands. Finding the best care to get him back on his feet and independent was our number one priority. Our friend Jennifer Vernon had been in Zale Lipshy SouthWestern in Dallas, for extensive rehab for her second knee replacement; and another friend Caroline Archer was at Zale for rehab after breaking her neck. Both highly recommended this facility to help Carey get better. On Friday, February 13, Carey was transported via Rico Aviation air ambulance to Zale to begin the long road to recovery. We are blessed to be here with the some of the finest spinal therapists in the country. In an effort to keep everyone updated on Carey's condition, we've started this site to share regular progress updates. We'd love for you to post any thoughts or comments and we'll be sure that Carey receives them. We're so grateful for the outpouring of love and support we've received from so many dear family and friends throughout this difficult past week. We have no doubt that Carey will be back to his normal "pain in the neck self" in no time.