Paul dances like nobody’s watching and I just don’t care any more. 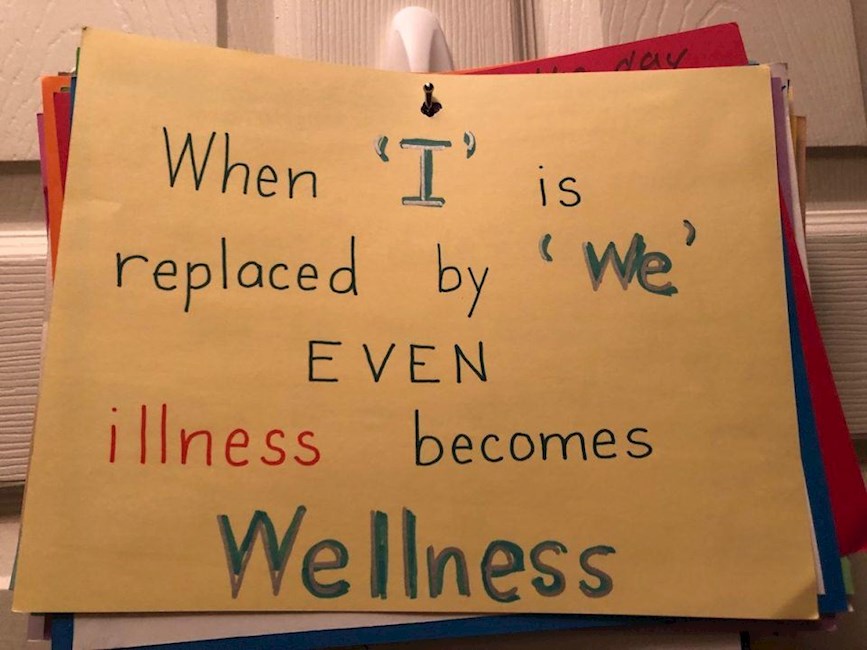 Straight from Lisa.  Read on and enjoy!

My amazing employer, ECFMG, hosted its annual holiday party on Friday.  Paul is typically on a short-leash for these types of events but on Friday he was out on the dance floor with his 1980’s moves, bumping in to people, giant smile on his face, awkwardly spinning, drink spilling, and hands waving back and forth like he was at a rock concert.  If you have witnessed Paul dancing (KC-10 family has numerous videos but this site has not let me post any - Slim) I know you are smiling at the memory and some of you may understand why he was on a short-leash.  When someone you love has cancer that kind of stuff just does not matter anymore.   He was having fun and I was smiling watching him dance with my co-workers.  [...]

Farewell to KC - The Cover’s Angel 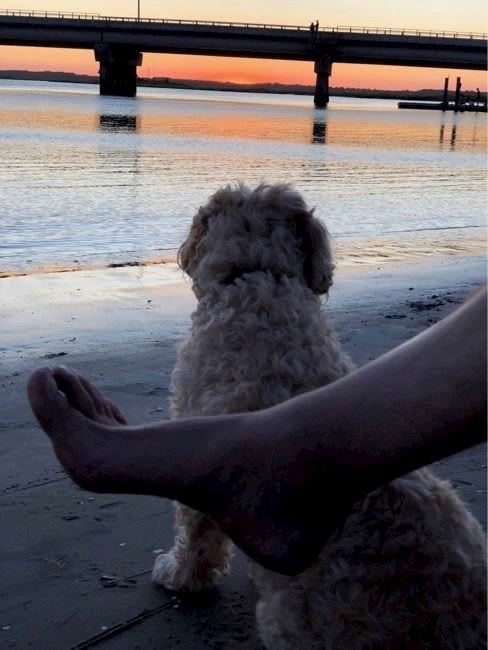 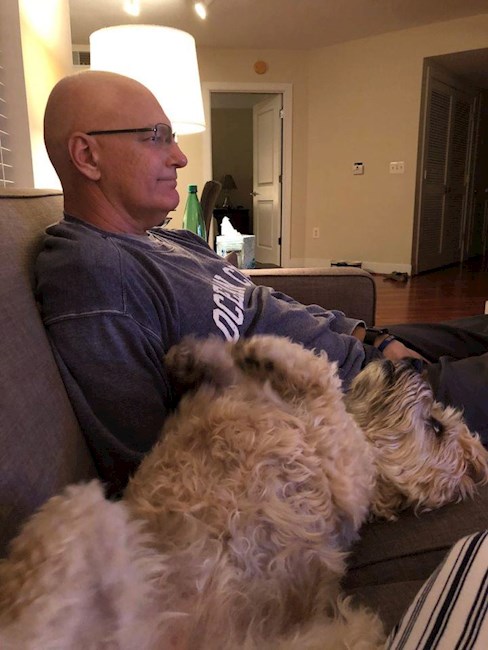 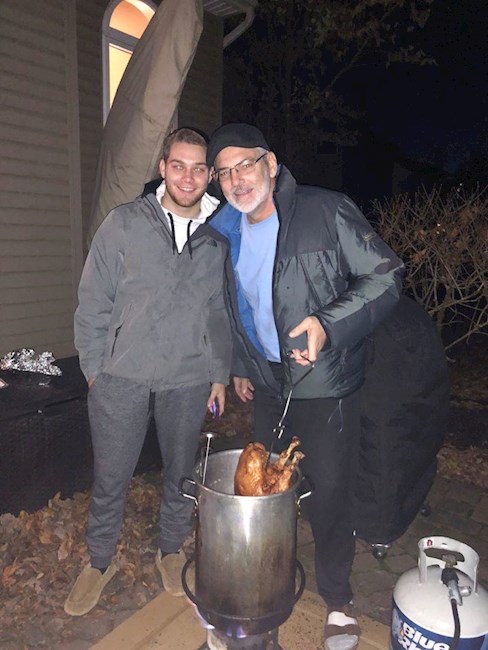 KC, Paul and Lisa’s forever puppy, passed away recently after being diagnosed with her own cancer.  A truly magnificent and loyal creature that loved unconditionally and without question.  KC loved her walks by the pond and exploring the woods. She loved EVERYONE! She was there for the whole family through their battle with Paul’s cancer, providing a tail wag, a quick lick, or a happy face following a rough day of treatment.  She was Lisa’s comforting puppy throughout it all and I am more than certain that KC’s presence made Lisa that much stronger to buoy Paul’s spirits. [...] 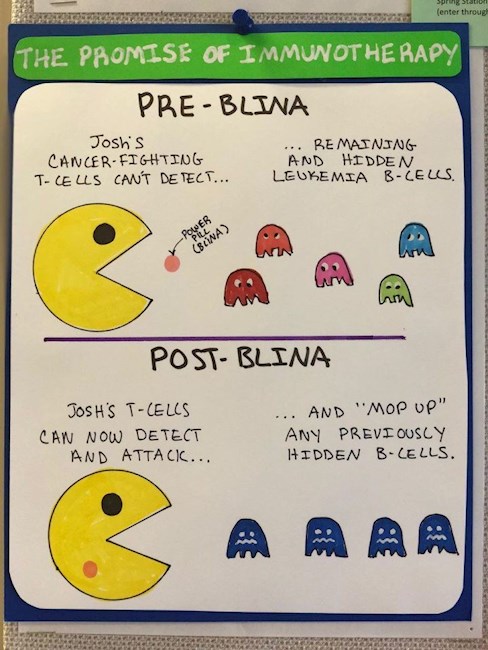 I made a promise to Josh and Brooke 275 days ago that their dad would get the most advanced care possible.   So, on Monday, we arrived back in Baltimore for our final leg which is a 30-day clinical trial of a new cancer treatment called “immunotherapy.”  While PENN is a pioneer in immunotherapy, the clinical trial best suited for Paul is at Hopkins.[...] 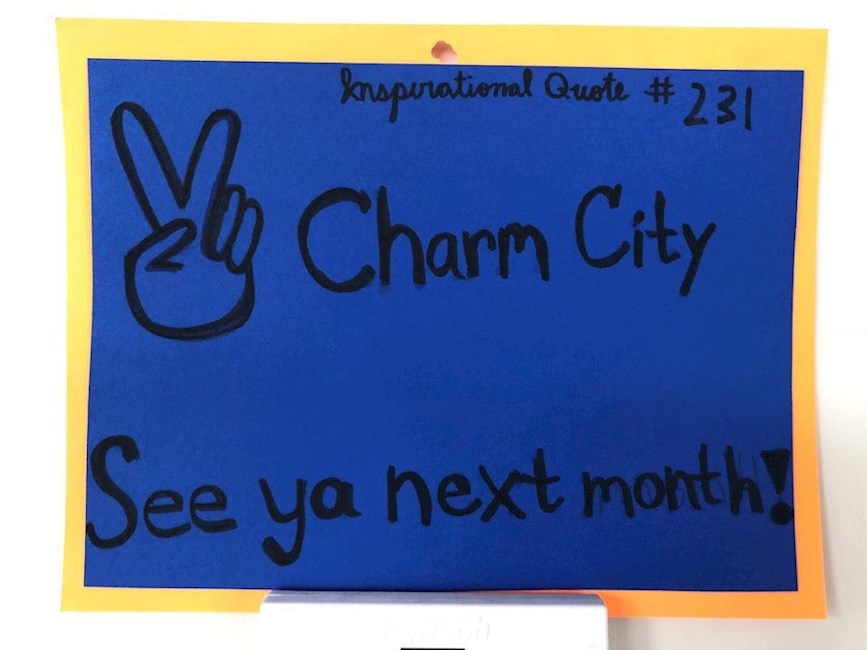 Paul went home to New Jersey earlier this week. His parents were due in on Thursday. More to follow with details In the coming days!  Exciting news!![...]

Terrific news this past week!  I'm pasting the news directly from Lisa.  The prayers and support continue to work magic through the family and medical staff to Paul![...] 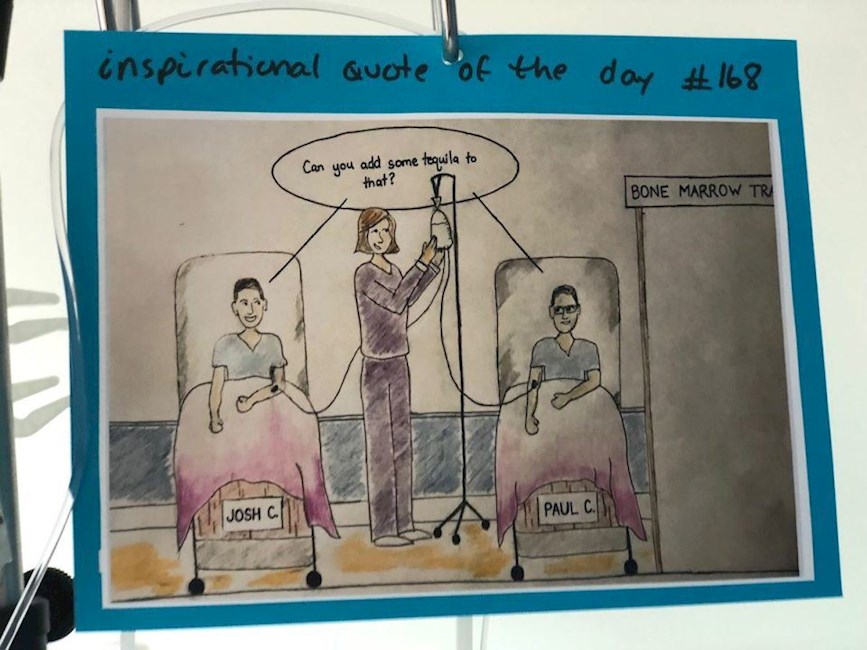 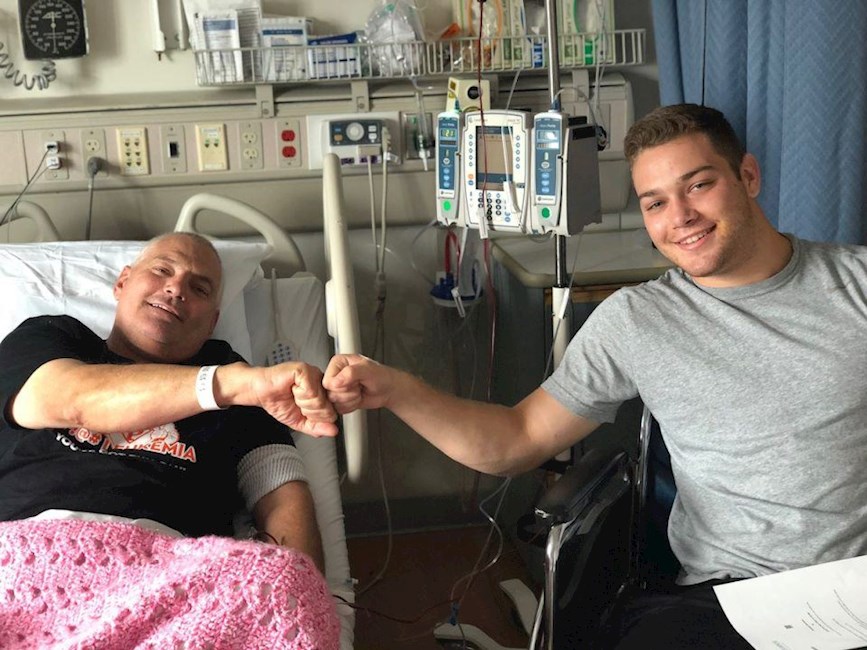 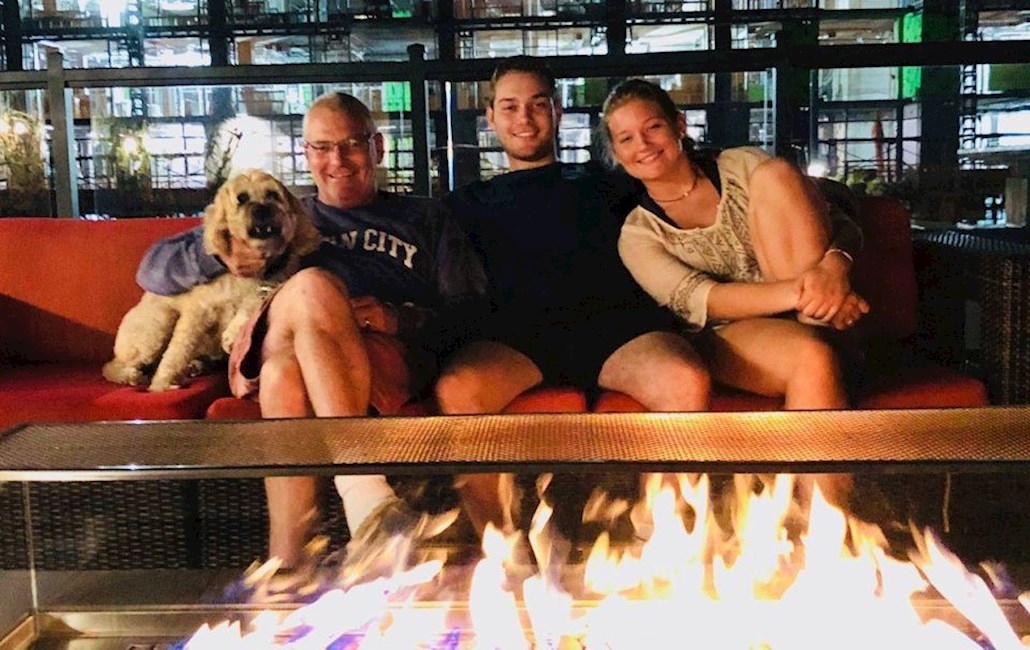 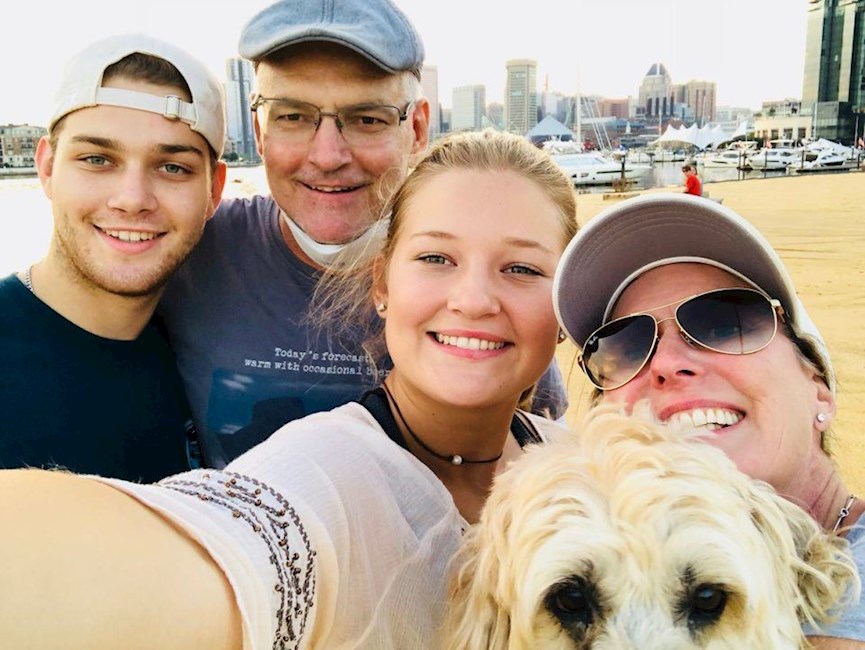 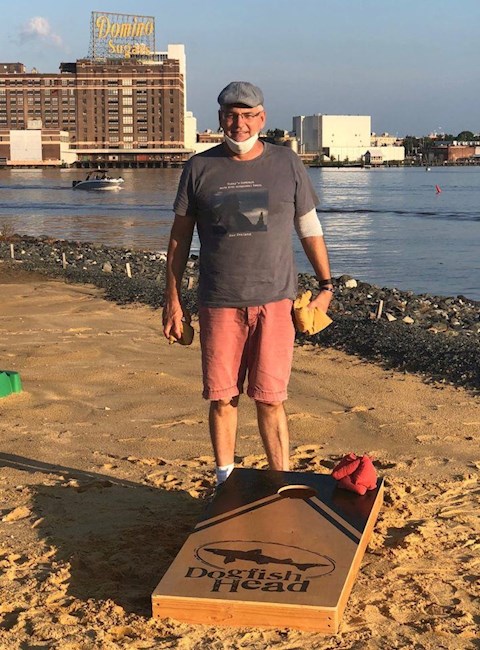 I spoke with Paul this morning.  He was in the clinic in Baltimore.  We played phone tag last week and I wanted to touch base with him via a phone call instead of a text or voicemail exchange since it had been before the transplant that we had talked.  In both the voicemail to me late last week and the phone discussion this morning, I could hear the weariness and fatigue in his voice from the literally gut wrenching past eleven days.  In addition to how he’s feeling and how the procedure went, he did want to know how things were going with my family and how the summer has been going.  So we talked about those sorts of things for a while but then we had to cut it short as the side effects of the medicine began to take control again.  The irradiation prior to the transplant and the chemotherapy medicine before and since the transplant has taken a huge toll on Paul.  The next 24 days (BMT + 35) are critical in the ways Lisa outlines below, so the doses of chemo drugs are high and it is causing a lot of nausea and consequently, a decreased appetite.  However, ever the optimist and of unwavering faith – bolstered by family and friends support and prayers – he is confident that he will gradually feel better in the coming weeks.  You can see that faith reflected in the glimmer in his eyes in the photos, along with the love, hope and pride in his family.  Call it a coincidence or irony, I’m not sure which one applies more in what I experienced today (as I type this, I can hear Forrest Gump in my head saying, “I’m not sure if it was Momma or Lt. Dan that always said …..”) but at mass this morning after speaking with Paul, the sermon was about faith – believing in something unknown, unseen or not tangible and that will carry you through whatever comes your way.  As I said from the beginning of this journal, Paul has strong faith and I heard it again today in his voice despite his fatigue and ill feelings and then in another discussion at mass as reinforcement.  Obviously, I am not a theologian or preacher but I do believe and will continue to pray for Paul and his family to have the faith and courage necessary to keep Paul moving forward to a cure. [...]

Big Week Ahead Kicking Off a Big Year!!

Directly from Lisa. Big week coming up and many prayers will be needed to kickoff this next phase .......[...] At the Sandlot in Baltimore! More in an upcoming update![...]