****Update to a previous Post:
There will be a visitation hour for Perry DiGiovanni in the Chapel at St. Mary where his urn will be placed from 9-10 AM on Monday February 22nd before the mass if people would like to come earlier.[...]

Perry's Celebration of Life Mass will be held on Monday, February 22nd at 10 am CST at:

Perry was finally reunited with his loving mother and third child this morning at 3:20 AM ET. He rested very peacefully and lovingly in his family's warm embrace. He will be missed by many, but forgotten by none. Thank you to all those who have shown their support throughout his entire life, the past months, and the future to come. Heaven gained one extraordinary angel.[...] 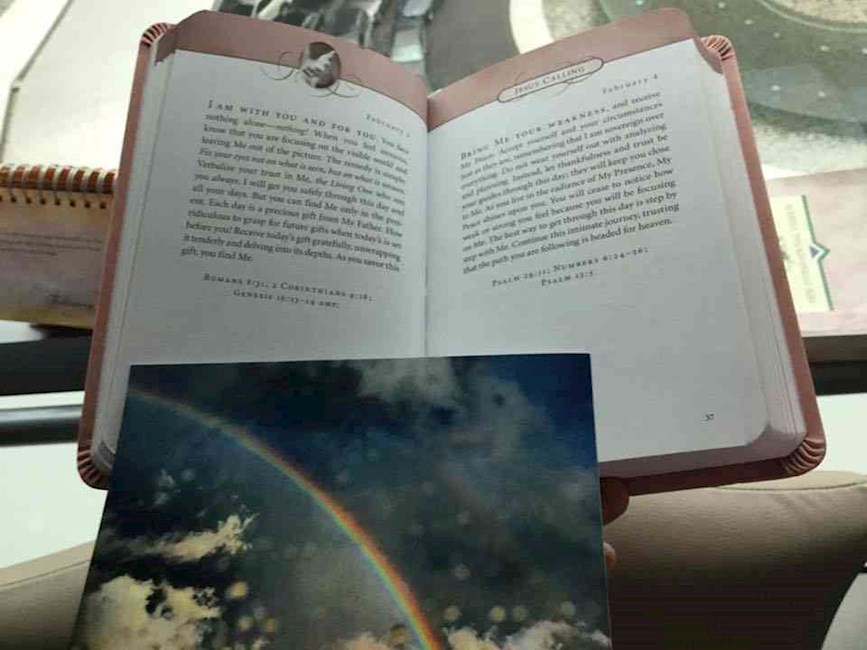 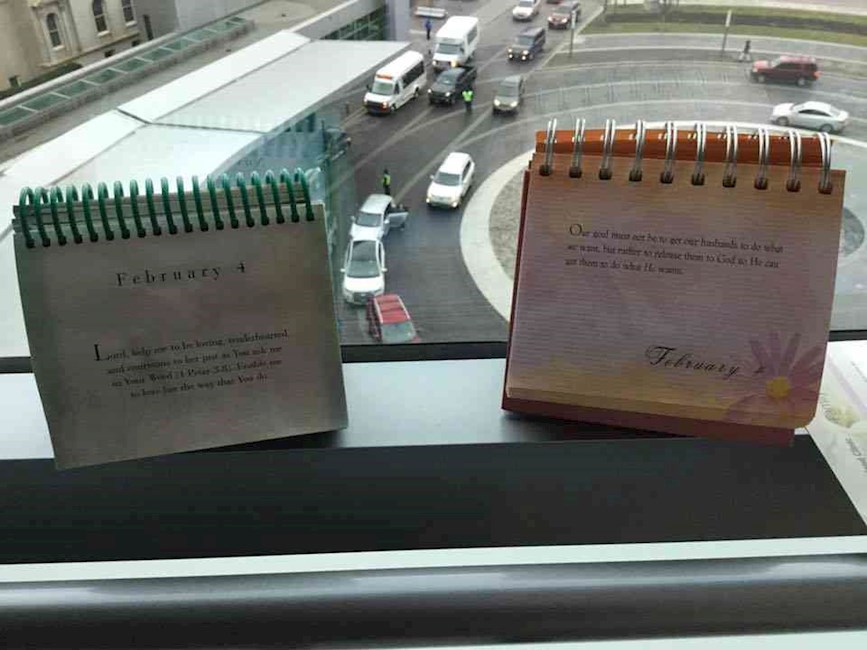 We have shared a very wonderful gift, Perry. He will be leaving us soon to be with his Heavenly Father & all of the rest of us will see him again!!!![...]

Perry’s body has undergone so much over the last 56 years & especially during the last 6 months post-transplant. He has given it his absolute all each & every single day of his life & unfortunately his body & strength have been wearing down & weakening for quite some time. This morning, Dr. Mehta talked with me & at this point he (the team) doesn't think/feel that putting Perry through the diaphragm pacer procedure will prove to have benefit at this relative to the degree of atrophy of his diaphragms & not having seen effective results in cases of such degree of atrophy. He said I'm not to bear or have any burden of guilt for how things have turned out that they will do that & that they are deeply saddened. In his words, he will require a miracle. He said he has witnessed miracles with Perry as he & the team never expected him to live past the events which occurred on 8/5/15. I love Dr. Mehta & I trust him.[...]

Perry had another bronchoscopy at 4 PM EST today. He came back to his room in J-51 after the procedure around 5:15 PM EST and was having a visible presence of bloody secretions and clots while suctioning his trach which continued for awhile. His blood oxygen saturation levels had decreased as low as 78% during this time, so an emergency medical team was called in to monitor and be available in case of emergency while trying to schedule another bronchoscopy for the doctors to take another look to see what may be causing the issues. While waiting for the next bronchoscopy to be scheduled, Perry's vitals had regulated for a bit until another clot had loosened. He was awake during this time and noticeably scared with all the recent occurrences and commotion. At 9:30 PM Misty and a slew of staff had moved Perry to G62 Bed 2 in the MICU (Medical Intensive Care Unit) for closer monitoring. Around 10-10:15 PM, Perry was exhibiting more labored breathing, the Respiratory Therapists had increased his vent settings to increase his oxygen saturation levels to 100%, and he was given pain medication in preparation for the bronchoscopy which began at 10:50 PM.[...]

Brief Update: Dr. Udeh stopped in to welcome Perry to his new room & to wish him a Happy New Year & inquire what he could do to help with the transition to the Stepdown Unit. A bath followed. PT session with Amanda PT & Julio started with leg exercises in bed, dangling & then walking with assistance & EVA walker straight forward directly from his room to the middle of Nurse's Station but had to stop as "nature" called. Experienced higher respiratory rates in the 50-70's during the initial walk & stands to be cleaned. Perry has been experiencing muscle weakness & increased myoclonus. He was eventually able to have a lower respiratory rate & attempted walking again surpassing his goal which was to try to make it to the start of the Nurse's Station just outside of his room. He made past the Nurse's Station & to the R an additional ~10 feet. He then sat in chair for an hour. Multiple staff were in & out to see Perry all throughout the day allowing for very little rest. He finally was able to get ~45 minutes of sleep in the late afternoon. Janelle, Psychiatry APN was able to meet with Perry privately to discuss how he was feeling today related to some extremely serious statements that Perry had expressed to me on Monday night & additional concerns. He expressed to her that he did not feel the same way today as he did on Monday, that he has been feeling more depressed, & that he wanted to gain more strength before undergoing the possible diaphragmatic pacer surgery. Not certain if due to just pure exhaustion (only got ~45 min of sleep yesterday compared to his recent average of about 16+ hrs of sleep, change in his environment & familiar faces, or sub-clinical seizure activity - but Perry had not been himself most of the afternoon/evening -not acknowledging when asked a yes or no question, having delayed processing of commands & delayed but appropriate answers to questions. At ~9p, I noticed he was having more frequent eye blinking & staring over at me; toward 11p able to answer some questions appropriately but with a very delayed response & then began repeating words that I was saying & showing a progression of jumbled thought processes with his answers to questions, & more staring over at me & reaching for me, more frequent eye blinks, increased delay in responding to commands, & increased tremors. The nurse contacted on call physician for Cardiothoracic Anesthesia & labs were drawn & not showing too much of a variance except for a low Potassium of 3.3 so he was given IV Potassium. A video surveillance EEG was in process of being attached @ 358a-510a so not able to capture 2 pronounced seizures @ ~358a or ~457a each last ~2-2 1/2 minutes. The seizures started with mouth twitching & eye blinking then his eyes & head turn to L @ ~358a, 457a, ~515 & ~535a. Had gotten 1000 mg Keppra IV since ~515a. At ~558a, had seizure with only eyes & mouth twitching for ~1 1/2 min At ~855a, he experienced another seizure with the eyes & mouth twitches then eyes & head turn L with much more jerking of extremities & was given Keppra 500 mg via his J tube. He had 2 additional seizures with more jerking of extremities, eyes & head L @ 1022a & 1035a. He was started on additional Keppra IV 1000 mg twice a day & Ativan for longer & more frequent seizures as needed; started on Cipro (antibiotic) as his temperature has been trending higher for a few days. He follows people with his eyes, not answering questions or nodding or able to follow commands such as give thumbs up, stick out tongue or hold arm up after raised by Dr. BUT he will give me a kiss when I ask immediately after /& for awhile after seizures but further out able to follow some basic commands & looks over at me & at his Mom's picture. All teams have saw him - his epilepsy physician, Dr. Hantus, does not necessarily feel the present seizures are from his weaning off of the Kepprw necessarily but more what will occur from time to time due to the anoxic brain injury & damage that occurred on August 5th. He rested for brief intervals. Also we have a great lung transplant fellow, Dr. Harpeet Grewal on with Dr Akindepe this week who both totally are on board & "TRULY KNOW" Perry & are committed to him & Dr Hantus with Epilepsy as well, so I am doing ok. The J5-1 nursing team & nurse manager & Asst Director of Nursing & Brent from J5-5 came been in as well to offer their support & assistance. I felt confident with the 24/7 companion & his nurse, Julie to be able to close my eyes & then go with the Healing Services RN to take a break on the rooftop. Nothing was reported as growing on lung secretions taken during Monday's bronch; no rejection signs on the lung biopsies done either. Dr. Akindepe is staying on "safe" side by started him on the Cipro in event something does start to grow on cultures from Monday. He was started on Vimpat as well & his feeding has been held. I was able to get to the Transplant House to shower, take a short nap, gather clothes & replenish my food supplies while he was receiving dialysis. He's did not have the pronounced seizures since 1035a although he may be having the sub-clinical subtle seizures as more twitching intermittently & staring. He's tracking & turning his head to look at us; still giving me kisses; you can tell he's scared; he still is either looking at me, Doreen's picture, & over at the EEG machine most of the time; able to effectively clear secretions as usual. Very limited mouthing but did say "cold" & "hot" & he did say "I love you" too. He did not sleep much while I was gone. During the remainder of the evening, he had 8 of the more pronounced seizures with extremity jerking, mouth twitching & eye blinks with head & eyes going to his L since 922p which have been ~20-50 seconds duration.

Brief Update: Had early morning dialysis in preparation for a bronchoscopy in the afternoon in the Bronchoscopy Suite as his R lung has been indicating continued fluid build-up on recent chest X-rays. The increased mucous secretions were removed, bronchoalveolar secretions were obtained for culture, & routine lung tissue biopsies to check for rejection were taken. The development of a granuloma is now present on his heart & lung anastomoses site, but it is not causing an obstruction at the present time. He is to undergo another bronchoscopy by Interventional Pulmonology next week to re- assess the granuloma. Perry was then transported to the J5-1 Cardiovascular Stepdown Unit after the bronchoscopy was completed. Our new mailing address will be: Cleveland Clinic Heart & Vascular Institute 9500 Euclid Avenue J5-1 Cardiovascular Surgery Stepdown Unit 1 Attention: Perry DiGiovanni Room J 51-5 Cleveland, OH 44195 He will be provided with a 24/7 companion sitter in order to meet his basic needs & to contact his assigned nurse & respiratory therapist should urgent circumstances arise. His room overlooks the front of the hospital's circle drive, fountain, rock garden median, new Cleveland Clinic building construction. Dr. Akindepe, Pulmonology, plans to be in contact with physician staff at University Hospital Case Medical Center in Cleveland later in the week after results from today's bronchoscopy are available in order to arrange for Perry to be evaluated for possibility of diaphragmatic pacer insertion at University Hospital Case Medical Center.