Steve was diagnosed with Stage 4 Colon Cancer in June 2014. This site will keep everyone up to date with what is going on with Steve's Journey. The newest update is on [...] read more

Steve was diagnosed with Stage 4 Colon Cancer in June 2014. This site will keep everyone up to date with what is going on with Steve's Journey. The newest update is on top, so be sure to scroll to the bottom to read from the beginning. 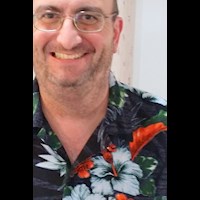 As you all know, Steve passed away on Saturday, November 5, 2016.  He went to the hospice center on Friday afternoon and was there less than 24 hours.  He wanted to be home most of his last days and he got his wish.

It's a little over a month later and the girls and I have began moving forward with our life without Steve.  I won't lie, it's awful.  Some days are okay, but lately most are not.  I'm really struggling with this.  I thought I would be okay.  I thought I was prepared for this.  I thought I grieved the last 2+ years, and I thought that was hard.  This is worse.  I was no where near ready for losing him.  I was no where near ready for the pain of missing someone that has been in my life, every day for 18 years.  Especially losing them when you have no choice.

I also thought we had more time.  I thought we had one more Thanksgiving... one more Christmas... one more New Years Eve.   But then again, I don't think I ever really thought he was going to die.  I knew he was, but I didn't think it would happen.  For the past 2+ years I would think every now and then that maybe they were wrong.  Maybe he didn't really have cancer because he looked so good.  And maybe he would recover.  Or maybe he'd go on with treatments forever and ever.  Honestly the thought of that was so hard too.

No matter how many counseling sessions I went through, no matter how much stronger I became mentally over the past 2+ years, nothing.... absolutely NOTHING could prepare me for losing him.

And let me tell you, the past 2+ years have been HARD.  You all saw only what we wanted you to see, or really what Steve wanted you to see.  The struggles every day were the hardest I ever went through (or so I thought).  I loved my husband so much but I wanted chemo to end so many times because I hated what it did to him, to us, to our family.  I had no idea how much worse it would be afterwards.  If only I could go back and enjoy him, even on chemo.  Even on those days he was miserable.

When he would get really anxious, he'd ask me to lay down next to him.  Doing so always seemed to calm him, and then he'd feel better.  So many of those times I was in the middle of doing something but I stopped to help him through.  Other times I was free and more than happy to help him feel better, even just by laying on the bed with him.  Oh how I wish I could lay next to him again.  You have no idea.  It's just awful.

Christmas is coming.  I have my tree up as of 3 days ago, but it's not decorated yet.  We've had time to do it, but I haven't felt up to it.  We will decorate it, because i need to for the girls.  But I don't want to.  I would prefer to skip over Christmas.  I'm not looking forward to it and nothing you can say will make me feel better about it.  I'll go through the motions because I have to for the girls, but I really don't want to.  I just want it to be over and begin a new year.

I know this all sounds awful and sad and I'm told it's part of the process so I guess I have to go through these feelings.  Doesn't make it fun or easy.  Next year I'll be better, I just know I will be.  I hope.

Thanks for listening.  This too shall pass......