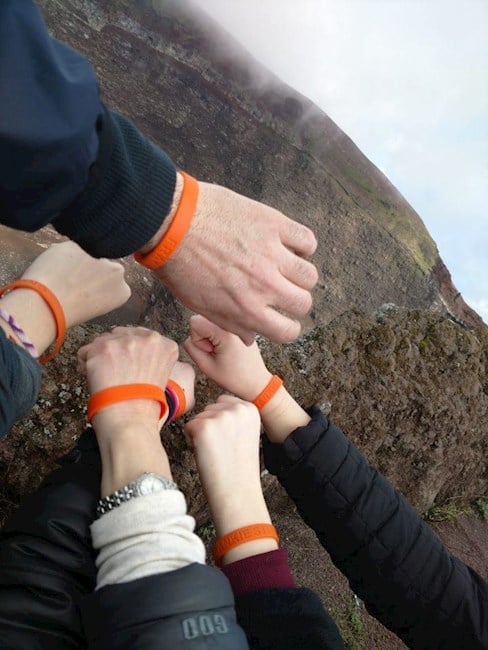 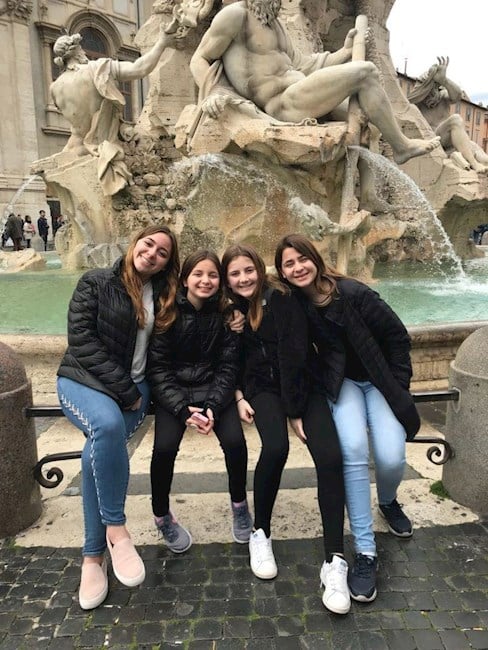 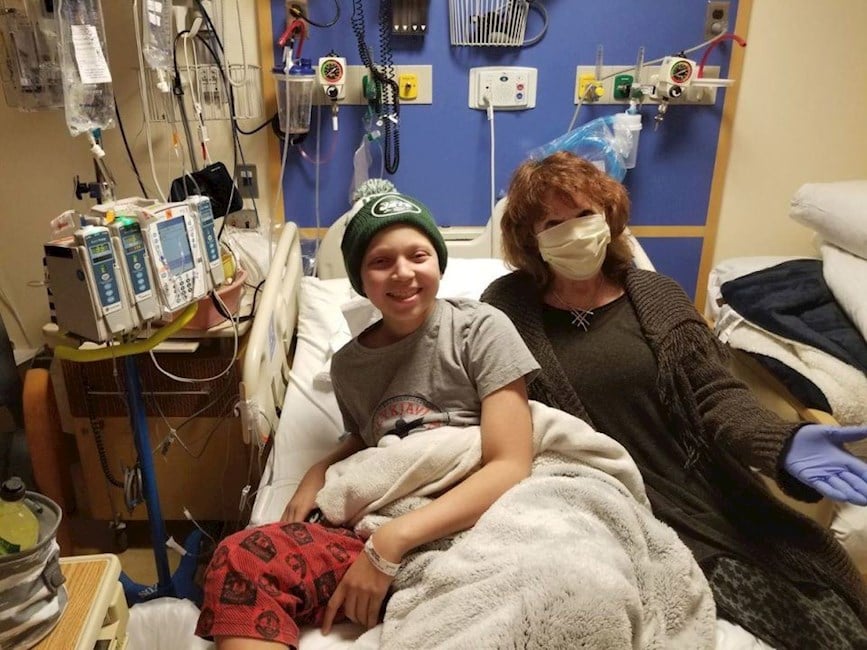 Hello,  I know it’s been a while since my last post.  Day 37 post bone marrow transplant and it’s felt like a roller coaster -there’s highs and there are lows and as my husband told me (his father battled  cancer for 12 years when he  was a child) in the very beginning -don’t get too high on the highs and don’t get too low on the lows.   He is really great at staying even keeled -perhaps that is why we are a good balance. I am the neurotic mother who tries not to freak and he’s the calm one who knows it’s a roller coaster....that’s the funny part because if you have ever seen my husband coaching the kids soccer games,  you would think it’s the other way around.   😉

Things were moving along as expected. Certainly not pretty, but again we were forewarned that a lot of the issues he was having can come up. The hours we spent hearing about all of the what if’s and what can happen seem like a big blur. On day 21, I noticed that Frankie had started to gain weight and was retaining a lot of fluids. On day 22, I asked  the doctors about this and they brushed it off saying it’s just all the meds that he’s on- this is normal.  Day 23 I wake up at 530 AM, as I always wake up at all hours of the night to check his blood counts online because they draw blood at 2 AM. I look over at Frankie and noticed his left arm is double the size of his right arm. I panicked and called the nurse who doesn’t have any answers for me. I asked to see the doctor and had a resident came in two hours later who also didn’t know anything. Needless to say I started googling like crazy and by the time the doctors walked in at 1130.....I looked at them and asked is he experiencing liver failure as a side effect from one of the chemos?

I know I’ve mentioned before that I don’t google because I can’t have negative thoughts in my head. However when you are next to your child 24 hours a day you have to look at everything because as much as we would like to think that the doctors are studying his blood counts for hours at a time and looking at every tiny detail, the fact of the matter is they have lots of kids to see and they work very long hours and they’re not going to catch everything 100% of the time so you really need to be your child’s advocate.

So  here we are day 23 and he has gained about 11 pounds in fluid which is 10% of his bodyweight. I finally start to get some possible answers and I was told that he may have VOD.  I will forewarn you. Googling this is almost as scary as finding out he had leukemia.  Apparently, it is a rare side effect that you could get from the chemo that he got the week before the bone marrow transplant that  affects your liver.  It’s hard to detect and it didn’t make sense to the doctors because outside of the fluid retention he felt fine. I was actually told from one of the doctors he’s not on oxygen or a respirator so that’s a good thing.  OMG!!!

At 4:00 that same day, his original Dr, the one who did the bone marrow transplant finally came in and when I asked about the one arm being double the size she told me he most likely has a blood clot in that arm and there’s nothing they can do to treat it because his platelets are so low. OMG!!   Keep in mind I have to try to stay calm in front of Frankie all day long while I’m trying to get answers. They scheduled  an ultrasound for 430 and my husband was coming in for the weekend as I was supposed to go skiing with my daughter and friends for the weekend in Windham.     We knew early on that we need to try to keep things as normal as possible for the other two kids as it’s hard enough that one of us is never home, but always at the hospital. The doctors assured me that he was ok and there was nothing I could do and I would only be freaking Frankie out if I stayed so I got in my car and drove to Windham by myself and had my friends take Ally up there. The car ride was exactly what I needed.

The ultrasound showed a swollen liver and spleen.  They started him on steroids to hopefully reverse it. I came back Monday morning and switched off with my husband and we got another ultrasound.   Although things looked a little bit better and his left arm had gone back to normal, the steroids were not going to fix it. They started this medication, defibrotide that was only approved two years ago.  The medication runs for 21 to 28 days and is given through an IV every six hours.  Being he was on this medication he had to stop the TPN which was all his nutrition and calories that he gets via the IV as the TPN can also affect the liver.

He started to eat and drink this week. Maybe only 300 to 400 calories a day but it’s a start as he has not had anything to eat since February 21.  He also is now able to get out of his room at night and we walk laps in the hallway -we do about a mile every night which is 14 laps around.   His IV pole which looked like a Christmas tree with so many things hanging off of it is down to only two meds and he is now able to take all of his other medications via a pill which is about 25 pills a day over the course of a 24 hour timeframe which includes being woken up at 2 and 6 AM to take his meds.  We still have another 11 days on the liver meds and I’m praying that it will do the trick and we will be able to come home. Yes it sucks being in isolation since February 19, but at the same time, once he’s home, he can’t be doing much so I have to look at the bright side of things and figure it’s better that we are in the hospital where he is safe.  I have to hand it to him. Although he’s not always such a pleasure, being stuck in that room 24 hours a day is quite difficult.  I can’t sit still for two minutes let alone 24 hours.

So there is my update. I think everyone knows me by now, when things are not terrific I tend to be quiet as I don’t want people to be freaking out or thinking negative thoughts.   It’s a tough road, but we’re getting through it.

I also want to mention my friend Joe and his son Brian who are also facing their own battle right now.  Joe also grew up in Montville and has been a police officer in town for years  - please keep them in your thoughts and prayers.   His son Brian is working hard and fighting the fight and his amazing family is by his side every step of the way!

I hope everyone had a nice holiday.   I’m seeing so many amazing vacations on Facebook.  My wonderful sister-in-law and brother-in-law took my daughter with their three girls to Italy for spring break. I’m so happy to see her so happy during such a difficult time. Thank you guys -you’re the best!!!  😘❤️

Praying that my next update will be in the next couple weeks and letting everyone know that we will be coming home and feeling good.

Thank you everyone for the food via the meal train.  We do need to stop it once we come home as he could only have food made from home-not  that I’m a good cook, but at least we know that everything is going to be sanitized correctly- Drs are very strict about this.  I do make a mean waffle and a grilled cheese though.