Faith, Hope and Love for the Journey ahead.

Faith, Hope and Love for the Journey ahead. 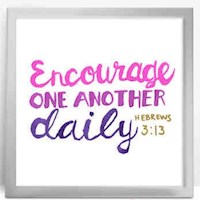 Valerie Lattimore Phillips, 38, of Nashville, TN died Friday, May 13, 2016 at home with her family following a courageous battle with cancer.

All who knew Valerie loved her fiercely. Her focus throughout her life was on her Faith, Family and Friends. A kind-hearted, selfless and humble wife, mother, daughter and friend, she was always quick to forgive. She was a quiet presence no matter the chaos that might surround her and provided peace in the storms for so many during her life. Through the battles with cancer and deaths of her brother and her father to her own diagnosis and fight with the disease, her faith never wavered. She knew who held her future in His hands and was continually aware of the many blessings in her life. She demonstrated her fierce love for her family and friends through her actions, thoughts and concerns, even during her final days. She leaves a legacy of gentleness, love and devotion that has forever changed the lives she touched.

Born on February 7, 1978 to Robert Lee, Jr. & Jane Pair Lattimore, Valerie spent her early years in Copperhill, Tennessee near her father’s family home. In 1983, the family moved to South Pittsburg, Tennessee where she was a faithful member of the South Pittsburg Cumberland Presbyterian Church.

While at Tech, Valerie met and fell in love with the man who would become her husband, Davy Phillips. They married in September of 2001 and made their home in Nashville. Their work with Dell took them briefly to live and work in North Carolina then back to Nashville.

Following the birth of their daughter, Elaina Rosalee, Valerie chose to selflessly put her career on hold and become a full-time stay-at-home mother. For those who had the pleasure of seeing Valerie be a mother, it was obvious how much she loved being Elaina’s mom.

Following her diagnosis in October 2015, Valerie joined Gilda’s Club in Nashville and found a support community that was invaluable to her during her illness.

Funeral services will be conducted at the South Pittsburg Cumberland Presbyterian Church at 3:00 pm Central time on Tuesday, May 17, 2016 with visitation from 12:00 pm until service time at the church. A private burial will follow the service.

As an alternative to flowers, those wishing to send a tribute in memory of Valerie are asked to consider making a donation to Gilda’s Club in Nashville, St. Jude Children’s Research Hospital or the South Pittsburg Cumberland Presbyterian Church.

Condolences may be sent to the family by visiting www.rogersfuneralhome.com.