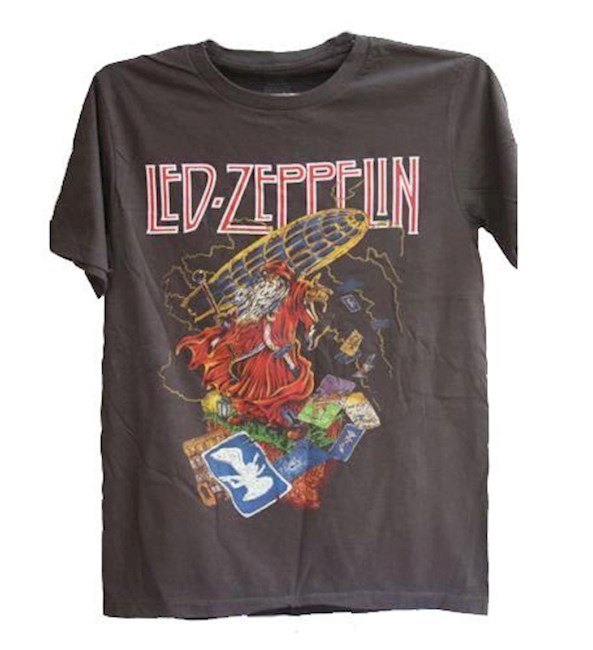 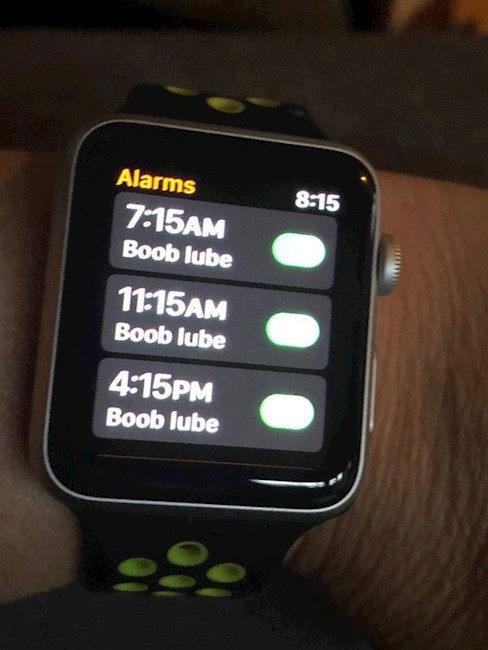 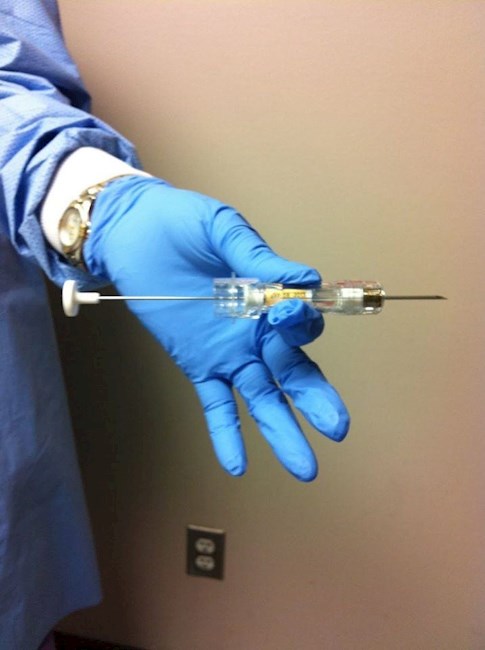 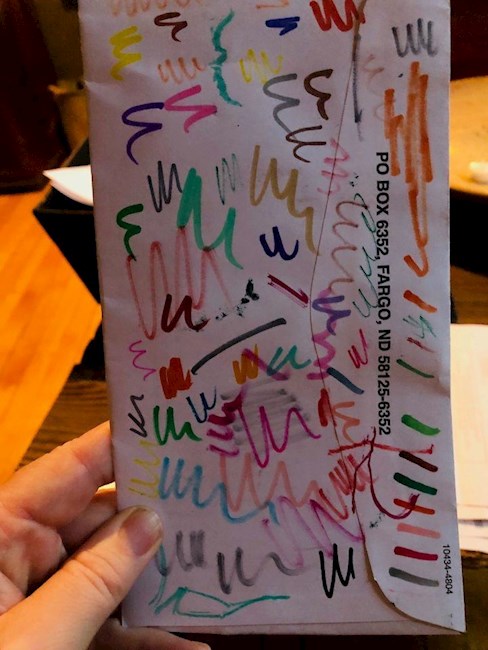 I lost something valuable yesterday.

I lost my ability to use cancer as an excuse to lay on my ass.

said it's time to start getting some exercise.

I assured him I was already walking the dogs every day.

shaking her head at him-- blowing my story. Thanks Mol.

But he has good reason to bust my ass.

Yesterday I got an injection telling my ovaries

their job is done. You can stop producing estrogen now.

Don't let the door hit your ass on the way out.

Because Brett loved estrogen. And Brett was an asshat.

(not advisable) but it actually didn't hurt.

shorty bought me for this express reason.

a bit before stopping it, so we're tossing tamoxifen in for a month.

And then amastrizole daily for the next 5-10 years.

And spellcheck knows how to spell it. It's that popular.

I'm gonna get hit with menopause like a freight train any day now.

Fasten your seatbelts. The walking de-icer is almost here.

But as Dr Leach pointed out, this is no longer cancer days.

This is sped up normal life days.

I was gonna go through menopause eventually.

He's just putting me on the express train. The one with no excuses for lazy.

Because unlazy (aka exercise) will combat the symptoms of menopause

better than anything else.

I think I will do unlazy in fun new ways. skijoring anyone?

I told him I built a table. He said that was nice. But not exercise.

This whole journey has been about thankful,

and I had that down for Thanksgiving.

But on top of a holiday dedicated to those who survived cancer,

we also learned a fabulous new game THANKS BITTIE.

I will describe the game below, but the important part is we needed to draw.

So we needed markers.

Problem solved. We have a very big, artfully vintage can of markers.

So we bring em out.

And the turkey day gang proceeds to go through one after another.

"Why do you have a can full of dry markers?"

someone sarcastically, but gently asked.

Well, we eventually found enough to scrawl through the game,

but not before a metaphor had revealed itself.

Thank god. I hadn't seen one in days. I was starting to worry.

How many cans of dry markers did I have?

Plenty it turns out.

Bras that are too small.

A pile of clean clothes mixed with dirty clothes

A can of broken or unsharpened pencils in the kitchen

You get the idea.

So the other morning, I went through all the markers,

tossing the ones that didn't work.

It's one of my most favorite calming things to do.

And as I did I realized I have loved doing it since I was little.

Seems I don't like to have things around that don't work.

Yet I have them around. And bitch about em. #productive

Just like Thanksgiving, when we put all the shitty, fuzzy

dry markers right back in the tin. Why didn't we just toss

em right then and there because they didn't work?

So maybe it's time to toss the markers as I go.

Buy only clothes that fit and only healthy cancer-fighting foods.

That'd be a start. Oh yeah. And a cool pill organizer on Etsy.

This was a suggestion from one of the titty sisters, the last of us

to ring her bell today. She knows cancer might not be an excuse to sit on our asses,

but it is also no time to skimp on indulgences.

Another very sweet woman was in the waiting room, and chuckled at one of our jokes.

She came and sat next to me and started chatting. She wasn't having the best day.

It took everything in her to put her car in park outside of radiation oncology.

Turns out she didn't lose her hair from chemo when they said she would.

So she assumed she had dodged a bullet. Then 2 days later, it started falling out.

And she felt pretty shitty about it.

She had just invested in a baseball hat with hair, and I have to say it looked fabulous.

And we started to joke about how when the Dr's and nurses tell you what will happen,

they have a pretty good percentage on being totally fucking correct.

Shots aren't gonna hurt. Tapping your boob is as effective as itching it.

Your armpits are gonna get tight. And you're gonna be ok.

Which is basically my biggest revelation of late.

Don't get me wrong,

No two rides on the Brett bus are the same.

But there are certain truths that are simply that.

The medical marvels know em. And when they say

And when they say it will, it will.

So I will get hot flashes.

I will have tender tit skin for the rest of my life.

I will mourn my ovaries.

I will get achy joints.

I will feel better if I exercise.

That I will happily believe.

Thank you all for helping me sort my markers.

It's the same concept as the old "telephone" game of our youth. But here, instead of whispering in each others ears, we draw or write what we think we see. Then we pass it on.