The purpose of this site is to provide regular updates on Ava's fight against SMA.

The purpose of this site is to provide regular updates on Ava's fight against SMA. 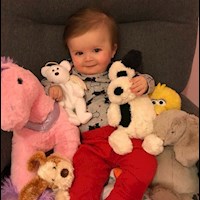 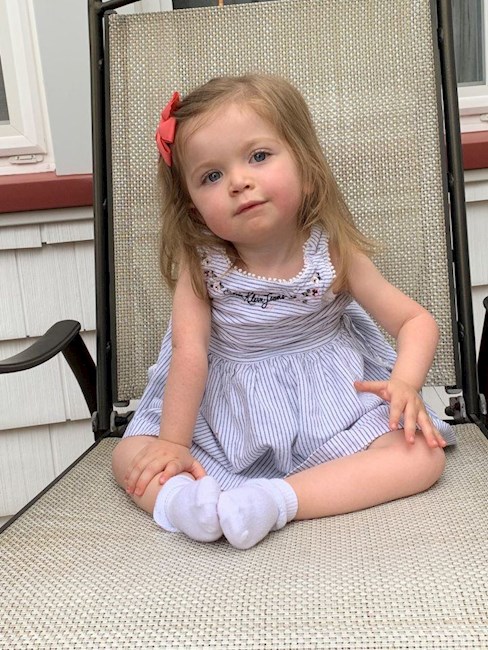 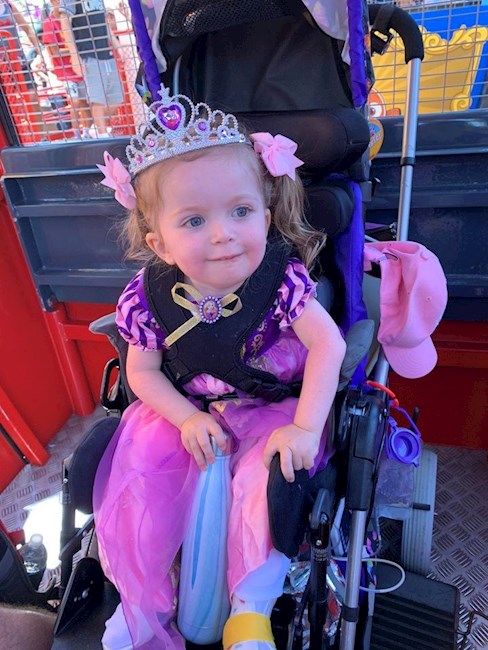 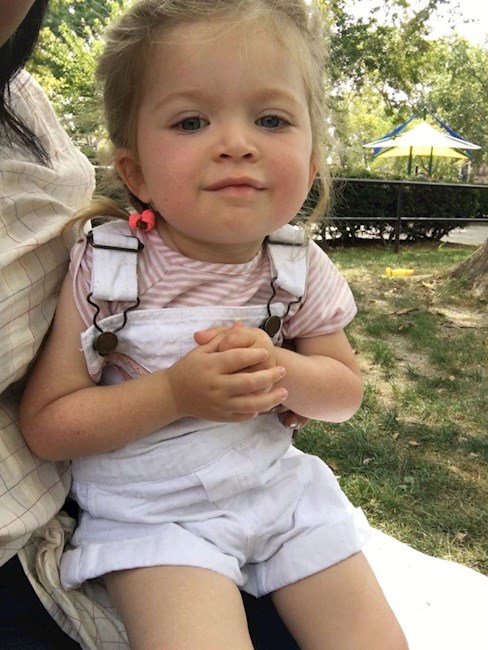 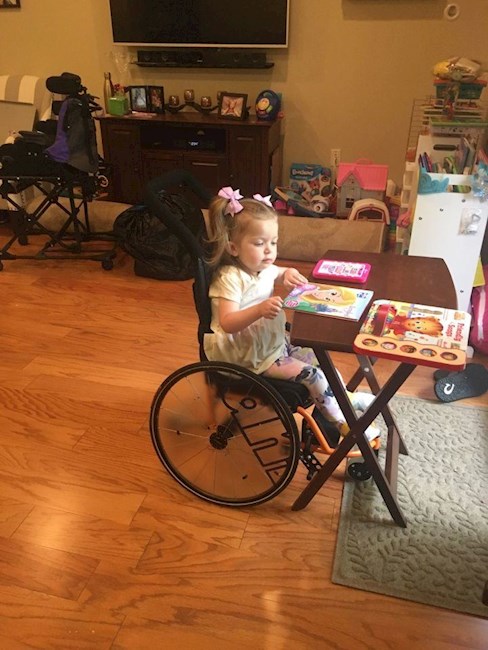 Wow I can’t believe it has been since January that we’ve given a blog update on Ava! She has been so busy we just haven’t had the chance! The great news is that since our last post Ava has gotten sooo much stronger. She’s hardly that same little babe that was just learning to hold her head up over the winter holidays. Ava now sits up independently for more time than we can count. She wears a brace for spinal support but her overall core control keeps her in that upright position. She holds her head up all day long on her own. And her vocabulary boomed…she talks in pretty much full sentences already, her doctors told us SMA kids were smart but we’re floored!

She has also managed to avoid the hospital this year except for one short stay due to a respiratory infection at the end of April. A two week stay at Morristown and she was back to her regular therapy program without missing a beat.

Ava recently received a loaner manual wheelchair through CureSMA and it has been amazing. She learned to turn and move about all on her own within a few short days. It’s great letting her have mobility and independence, and the fact that she can move the chair on her own is incredible – something unheard of for SMA1 kids before Spinraza.

Ava is not yet eating anything orally but just today we met with a feeding expert at Hackensack Medical Center and we learned some new techniques to really get her mouth muscles ready to eat. She will begin this speech / feed therapy in September and hopefully from there show us she’s getting just as strong on the inside as she is on the outside!

The SMA community received great news in the Spring with the approval of Zolgensma – a gene therapy drug used to treat SMA for those age 2 and under. Unfortunately, Ava exceeds the maximum age requirement but having two drugs pass FDA approval just in her short lifetime is a miracle and we’re confident there’s so much more on the horizon.

Dan, Ava and I were able to attend the CureSMA Conference in Disneyland this past June. There we could connect with SMA families from around the world, attend a variety of educational workshops and of course spend time with all of Ava’s favorite Disney princesses. It was a very special family trip and so glad we could go.

We are hosting a golf outing this September in Bloomfield, NJ to benefit CureSMA in honor of Ava. They have been a key part of pushing these drugs through FDA approval and supporting families like us. Leaving the link here in case anyone would like to attend, donate or sponsor the event.
http://events.curesma.org/site/PageServer?pagename=TeeItUp_Home

Thank you so much for continuing to keep up with Ava’s story despite large gaps in my blogging! I know you’re all rooting for her and your thoughts and prayers are working! She has come so far and has so much success waiting for her!