Love & Strength for the Anderson Family

Matt and Katie's mighty 8-year-old Ben was diagnosed with a rare terminal genetic brain disease called X-link Cerebral ALD on March 16, 2018. Your loving support and healing prayers for strength and divine grace are powerful medicine for Ben and his family. His parents Matt and Katie, and his olde[...] read more 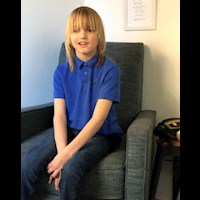 Ben, Biden and other Great Americans 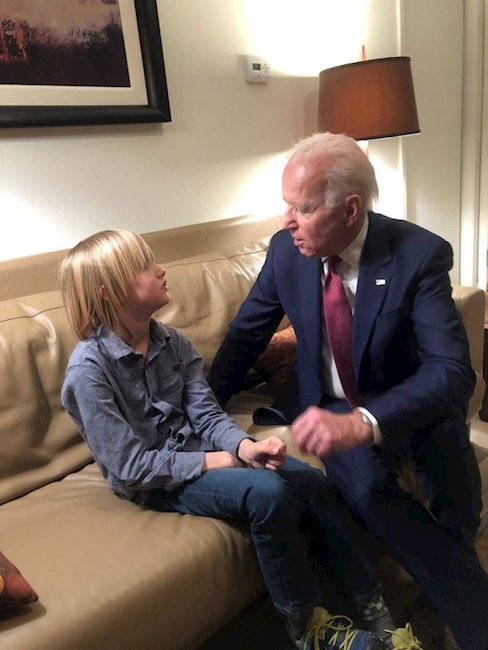 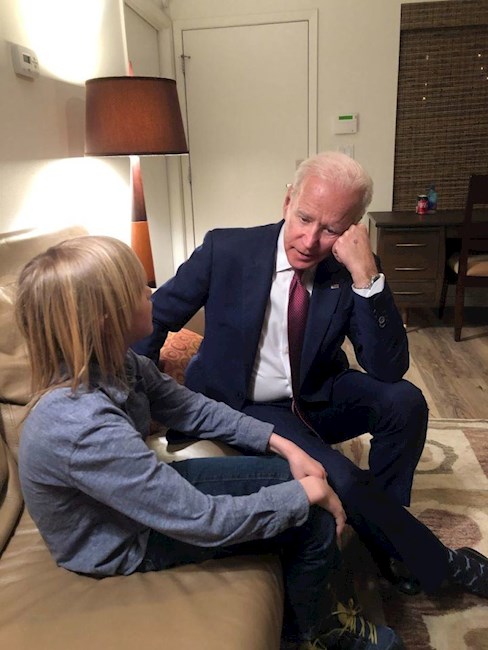 Last Sunday, a week before the Nevada Caucus, Ben was invited to visit with Vice President Joe Biden following a fundraising event here in Reno. Two friends, Allison Gorelick and Abbi Whitaker, learned of his earnest interest in the American political process and in doing cool things and in meeting interesting people, so generously arranged the meeting.  Thank you, Abbi and Allison!

The meeting of the minds, at the tail end of both of their days, turned into forty-five minutes of heart-felt conversation crisscrossing topics like family, grandkids, friendship, sports and pets.  They touched on the political landscape.  Luke and I waited anxiously by my phone for Matt’s reflection on their time.  Matt described the interaction as, “Legit, sincere, [and] authentic.  Biden dialed right into Ben like he was his own grandson.  It was impressive.  Biden was not afraid to connect with Ben.”

People who connect with or “see” Ben aren’t uncommon, but they are unique. They abandon their own agenda and ideas of what to do with Ben and simply follow his lead.  They take Ben at his word and let him drive the conversation.  They lean into Ben, literally because Ben is difficult to understand and when he’s misunderstood, he gets frustrated.  Ben appreciates authentic answers to big questions and avoids small talk and patronizing conversation. Ben loathes being treated like a little kid or a baby. He is a kidult.   Like all of us, Ben wants to be heard because he has a lot to say and, because he has so much friggin’ dignity, demands it.  People who engage with Ben get to hang with Ben.

Vice President Biden exceeded our expectations and unknowingly joined the collective of other great Americans who’ve shown Ben the same kindness, generosity, interest and love.  I’m positive it is a group he would be proud to identify with.  People from the early days of Ben’s diagnosis like Morgan, Emily, Homze, Ronan and JP who spent time with him weekly.  Friends like Silverback, Myles, Joey, Joseph and Jenna who’ve become his best mates.  Families like the Walkers and the Pavilacks who've driven long distances multiple times to fill Ben’s bucket for entire weeks!  Encounters along the way with Francisco in Costa Rica, Tim in Bishop, James at IFly, Gary and Becky on I-80 during a highway closure and the myriad people who understand without flinching that Spike is a Bobcat, not a Cockapoo.

Vice President Biden, no matter where we place ourselves on the political spectrum, is a man and leader who genuinely cares.  He’s devoted his career to seeking the common good for the American people.  He is a man who has suffered the loss of his first wife, young daughter, and an adult son.  He was a single dad.  He gets it.  I’m sure it is these difficult moments and his perseverance through them that have equipped Vice President Biden to sit with people like Ben and to be unrushed, sincere and tapped into the needs of another precious life.  In the midst of a pace and schedule that I cannot even begin to fathom, Joe Biden blessed Ben with another life enhancing experience.  I’m sure the Vice President was blessed too.  Thank you, Joe.

Post a supportive message for Ben & the Anderson Family.

Help Ben & the Anderson Family with a financial donation.