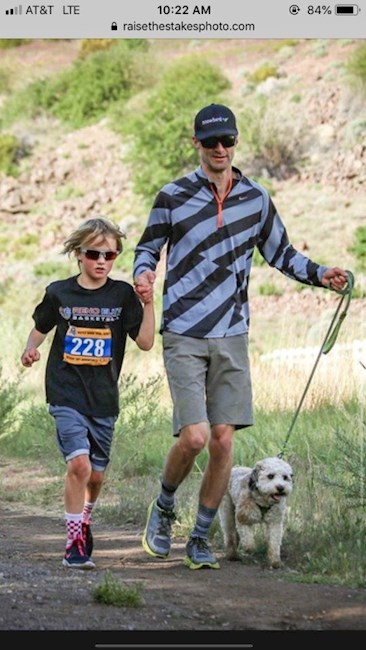 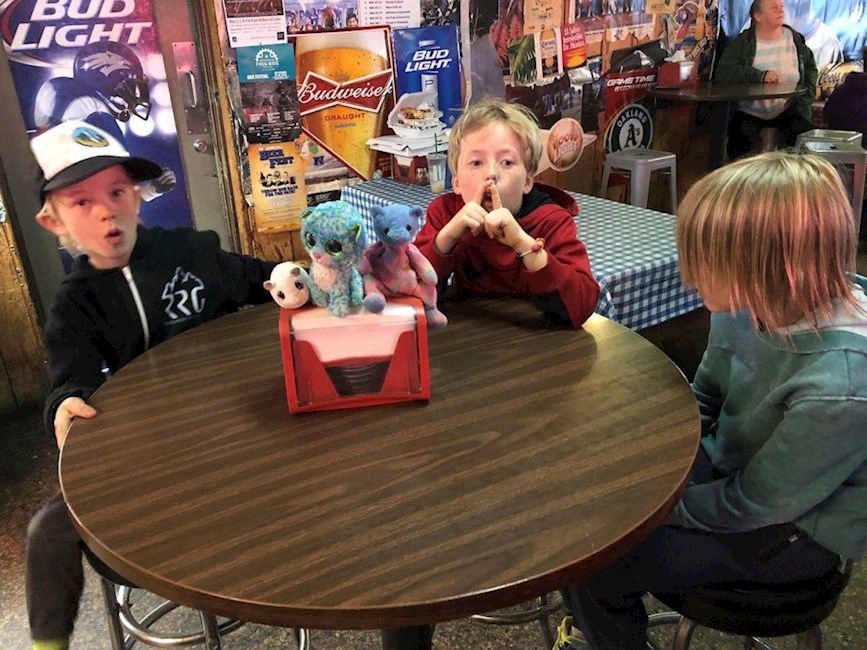 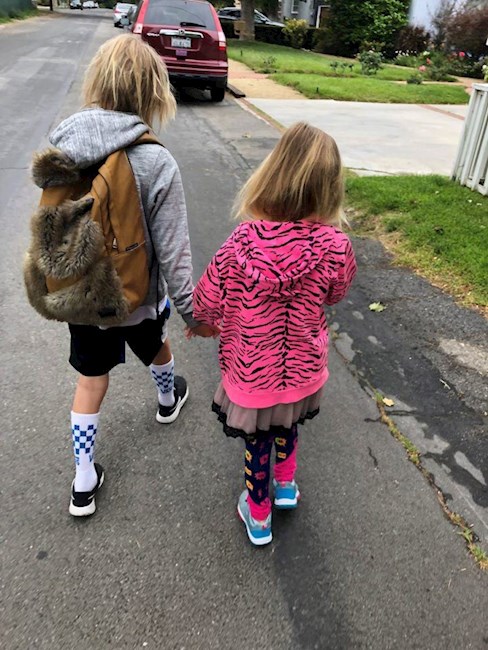 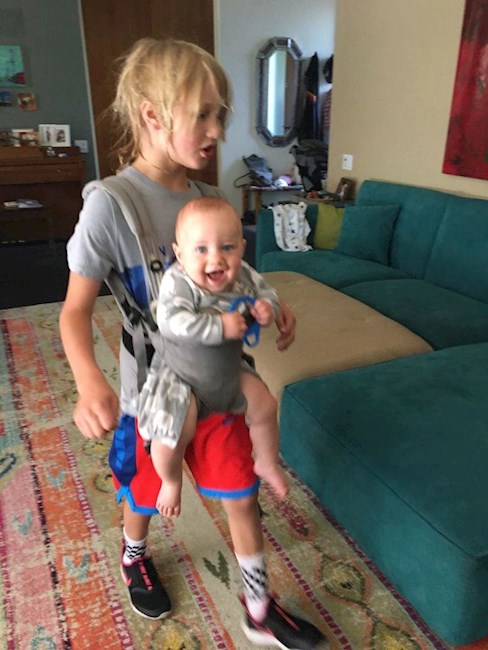 Despair and Hope by Richard Rohr

Rising and dying are closely related.  Despair, I suspect is another kind of dying and another kind of pain.  It is not so much the loss of persons as the loss of ideals, visions and plans.  For people who hitched their future or their hopes to certain stars, the loss of those stars is bitter and disabling.

It usually happens slowly as we recognize unfulfilled dreams and as we gradually face our own impotence and the “sin of the world” (John 1:29).  We are forced to let go of images: images that we built in our youth, images that solidified and energized our own self-image.  The crash of images is experienced as a death of the spirit, as a loss of hope, as a darkness almost too much to bear.  Many, if not most, become tired and cynical while maintaining the old words that have become cliches even to themselves.

Spiritual growth is the willing surrender of images in favor of True Images.  It is a conversion that never stops, a surrender that never ceases.  It is a surrender of self-serving and self-created images of self, of others, of God.  Those who worship the images instead of living the reality simply stop growing spiritually.  In this light, the First Commandment takes on a whole new power and poignancy: “You must not make for yourself an idol of any kind or an image of anything in the heavens or on the earth or in the sea. You must not bow down to them or worship them, for I, the Lord your God, am a jealous God who will not tolerate your affection for any other gods.” (Exodus 20:4-5)

It seems that many people, religious people in particular, would sooner relate to images than to the reality where both despair and God lie hidden.

I (Matt) have probably read this a hundred times in the last year and wanted to share it.  I know it’s deep, but I’m in the deep end, and these words resonate deeply.  I suspect only those who have experienced despair will relate.  For everyone else, this is a good one to keep somewhere for when despair does come.

There isn’t a day that goes by where we fail to reflect upon the kindness and generosity of everyone who has supported us and continues to help in so many different ways.  Thank you so much.

Three months have elapsed since posting a communication and there is so much to say.  I have so much to share—so much struggle, so much sadness, so many difficulties every day, but for now this continues to be about Ben and the many positives in our lives.  I’m grateful for my health and ability to be with Ben physically.  Ben is slowing down and it has become noticeable in just  the last month.  He had to slow down.  I am so proud of how he has courageously taken all of this on.  Ben has been going hard and fast for the last fifteen months (without sight), racing against time and staying distracted from his discomfort.  I'm so glad he's  made it this far without an injury. In addition to the physical demands on me, mentally, the challenge on a daily basis is mountainous.  I have climbed my fair share of mountains, and mentally, they pale in comparison to navigating Ben every day.

Fifteen months have passed since Ben’s diagnosis.  It is very demanding keeping up with him, keeping him safe, and being alongside him as he outlets his energy, discomfort, and expresses his keen determination to do all the things he is doing. For Ben, what is happening is extremely uncomfortable—specifically what his brain is seeing. He describes strange images, dots, and blurs all over the place so he distracts himself from his constant, strange, and weird sensation through physicality and continual motion.  This is why Ben can’t sit still or wait for anything.  I have learned intimately about what it is like to lose your sight and I’m also learning a lot about mental health.  Ben is experiencing more than just physical limitations.  The demyelination of his brain is causing insanity and periodically, the inflammation results in a very angry outburst.  Ben’s physicality is changing too.  He doesn’t have the fourteen hours per day of charge any longer.  He has it mentally but not physically.  His legs are getting wobbly and his balance is struggling. All of this, understandably so, makes him grumpy but he continues on as hard and as fast as he can, in the same spirit and determination of the last fifteen months!   I wonder how many miles I have run, sprint, walked and jogged holding Ben’s hand…it tires me to consider.

Despite all of this, Ben’s days are still more good than bad because we are committed daily to filling his bucket with love and friendship and movement and adventures.  So many of you are integral to that bucket being filled and for that we are so very thankful.  Here are some of the things Ben has been up to in the last three months:

·      We Skied Twelve Times this Winter!  In a post last year, I talked about my last ski day with Ben.  No one thought Ben would ski again. I can’t describe how thankful I am for this time we had together.  A huge part of his success on the ski hill was because of Kris Buttenberg and his wonderful business Biste Technologies.  Kris not only kept Ben’s legs strong and technique solid on the Biste but also kept Ben’s spirit alive by becoming one of Ben’s best friends!

·      The Discovery! Ben spent at morning at The Discovery with Executive Director Mat Sinclair helping prepare a new exhibit called Super Service Center.
·      Costa Rica!  The Warren family guided us to "La Pura Vida!" -- warm water, waterfalls, cloud forests, amazing zip lines, and kind people.  Our boys loved the warm ocean water, paragliding, jumping into swimming holes, adventuring through the cloud forests and listening to the amazing sounds of Costa Rica.  Technically, Ben survived flights and layovers and long car rides.  He made new friends and shared his courage with them.  For me, I comforted him by patiently answering his three big questions, “Dad, how much further? Dad, where are we? Dad, when will we be there?”
·     Los Angeles! We made two trips to LA to be with his Auntie Lala and Uncle Jimbo and his cousins Lola and Anderson. Their backyard pool is superb to break up the day.  On our first trip, our Eurovan broke down just north of Mammoth, CA on a Thursday night. We slept in the van on the side of the road and started making phone calls first thing the next morning.  A friend told me to call Miller's Sierra German Auto in Bishop.  Tim, the owner, answered the phone and kindly walked me through what probably happened. Next thing you know, Ben, Spike and I are in the tow truck headed to his shop in Bishop.  As soon as Tim met us at his front desk, I noticed his eyes tearing up. He knew right away something devastating was happening to Ben.  God has some Tim’s out there—they know, they feel, they love, they act.  Turns out the VW part would not be in for a couple of days so Tim helped us rent a U-Haul and we made it to LA by 5pm Friday!  That evening, Tim sent me a text to tell me that he is annually involved with an auto race that every year chooses a charity to support and that coincidentally this year’s race the following weekend was going to benefit The Braille Institute and they wanted to do it in honor of Ben.  Tim sent me a picture of the check to the Institute for $250.00 with Ben’s name on it and also refused to let me pay for the van repair.  Thanks again Tim!
·      Running Races! Ben woke up on Mother’s Day wanting to do the annual Mom’s on the Run race.  I asked him which distance he wanted to do and he said, “all the kids do the 5k, I want to do the 10k”.   We finished in 1:36. This led to some running interest so we did some more training and two weeks later he did the Battle Born Memorial Day race and logged 13.42 miles in three hours.  Not bad for a blind kid who is adrenal insufficient and who is losing coordination in his legs. Spike was by his side the entire time.  I’m hoping to get him excited about biking on a tandem with me next…stay tuned.

Thanks and Recognition:
1. Kawasaki Dealership Reno:  Thank you James and Shawn for keeping Ben’s Side By Side rolling in style.  We’ve logged 60 hours on it already.  Ben loves you guys and we are so appreciative of your ongoing support and positive energy.
2.  Sol Cannabis: Sol is helping Ben in countless ways. Please be encouraged to learn about the benefits of CBD Oil as it relates to inflammation, the nervous system, anxiety and so much more.  We are certain that one of the key factors keeping Ben healthy is his steady regimen of high quality CBD Oil.
3. EZ Air Trampoline Park:  Thank you Scott and Kristen Martyka!  Your staff is incredible!  Jump sessions got us thru the winter and provided engagement for Ben both physically and socially.   Please be encouraged also to research the neurological benefits of jumping!

4.  Newborn Screening: On May 25, Governor Steve Sisolak signed SB291—the Nevada Newborn Screening Bill.  In addition to X-Linked ALD, two other disorders will be added to the screening beginning in 2020.  Our brilliant state senator, Julia Ratti, launched her effort to change the law through our family’s story but her work resulted in a best outcome for all Nevada families.  The new law reflects a shift in policy and requires Nevada to add additional screenings within four years of being added to the Federal Recommended Uniform Screening Panel. Thank you, Julia, for your dedication to this legislation!
5.  The Walker Family: Thank you Jason, Kerri, Louden and Lander for making the trek all the way from Eastern Washington to be with us for a week.  Ben had a best week ever!  We love your family!
6.  The Bad Man Club: Last but not least!  Thanks to all the Bad Men out there.  You know who you are!  Ben loves you and needs you!