We love Cory so we out here

We love Cory so we out here 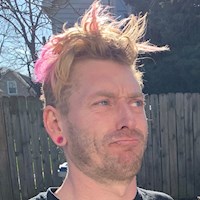 I apologize for the non-update. It’s been a whirlwind couple of days and now that everything is sorted, I can finally summarize the last couple of days.

On Tuesday we met with quite a few people, all as part of the evaluation. It started at 9:30am where I had to FaceTime in since I couldn’t technically be there until 10am, it was with Ryan, one of the transplant coordinators that went through what had to happen for Cory to get on the list. Cory has to go through the same evaluation to get on the heart transplant list that he had to go through in the spring to get on the LVAD (left ventricular heart device) list. Since this is a separate list and since it had been over six months since he had the evaluations (by 10 days…) he has to do the evaluations again. In the last two days, Cory and I have met with the dietician, the surgeon, the surgeon’s assistant, the social worker, the psychologist, the pharmacist, palliative care, and another psychologist, from the hospital that talked about trauma from the defibrillations.

They also did labs, which looked like about 30 vials of blood that they took all at once from his PICC line right before he had his CT scan. Those labs are to check all of his levels and his organ function, to see if he had any bloodclotting disorders, infectious disease tests (to see if he needed to be vaccinated again for anything), and to see if he had any rare antibodies. None of these things would make him not qualify, it just means they would alter some things regarding meds or donor heart types before a transplant. He also had a bone density scan and a right heart catheterization (the swan catheter that he had in his neck for a few days last time). I think they did the body screen as well.

By this point, Cory hadn’t had any arrythmias AT ALL. He is off of the water pills (that drain potassium) but still on some potassium supplements. They added a beta blocker and a medication for arrythmias. They’re going to add back medications as necessary, but because he’s not on a water pill he needs to be crazy careful of his weight and his fluid consumption.

Yesterday were a couple of those tests in the morning, and then we waited and met with a couple more of those people and then waited until the end of time before Cory got discharged. We got home about 9pm and slept pretty dang hard.

So what now?
So, they’re trying to get Cory onto the transplant list because that gives him time on the list. If he gets on it now then if anything bad happens again he’s already on the list and just gets moved up. It also accumulates time on the list which also gives him a better chance. The way the doctor put it, you can’t win the game if you don’t play, so being on the list is good. He may not get on this time, which unfortunately means we just have to wait until something bad happens again to be reconsidered, but the tests are good for a year so he would just be re-evaluated then.

What will heart transplant mean?
I think that my last post about perspective kind of hit on this, and in the last couple days some things were said and explained that made it make more sense. If/when Cory gets a transplant he will no longer have heart failure, but (as Palliative Care explained it) you’re trading one disease for another. In order to keep his body from realizing and attacking the new heart, he will have to be on a lot of immune suppressant drugs for the rest of his life, meaning there are a lot of things he cannot do or eat anymore. He would become the definition of immunocompromised, meaning that everything he does and eats should have considerations of whether it would make him sick because his immune system will not be able to do anything and we would be back at the hospital. It means no more eggs cooked anything other than hard/ scrambled, no meat cooked under well done, no raw seafood (this includes oysters and sushi), no gardening without a mask and gloves, no cleaning cat boxes, or salamander tanks. If there is cheese in the fridge with a little mold on it, the whole thing must be tossed, unfortunately that also that means no bleu cheese. Nothing past an expiration date. Anything questionable is a no. His body won’t be able to fight things off. He’ll have to wear a mask in big public areas. And he’s also at risk for cancer, especially skin cancer, so he’ll have check ups every six months to check for spots or moles on his skin. You trade one disease for another. And you all know how Cory is about food, so it’s a big hit, but that means a lot of Oysters until we get that call.

He also needs to have someone with him 24/7 for about 8 weeks after transplant, and it doesn’t have to be just me. He will be walking out of the hospital, so it’s more to just make sure someone is there in case he suddenly doesn’t feel well or gets dizzy and needs help. This might be a long time from now, but I’ll be calling on y’all the day we get on that list. When that day comes we will have go bags packed and be ready at any time for the call.

What happens now that he’s home?
WE REST. I’m still very tired. Also, we clean the house. And the fridge, maybe buy some groceries and make a meal plan (I wasn’t kidding about not cooking food here, thanks again Blake for the food). Also, we internalize the last five days. Cory is tired and weak, but not too bad. He sorted his new medications already and we just figure out how to get back to our lives for now. There are many appointments scheduled now so I also need to organize my planner. But he’s home and resting, and I hope we can both get back to normal very soon.

A few people wanted to visit Cory in the hospital but with all the coming and going it just didn’t work out. He’s here now though, and if anyone wants to see him that can hit him up. I’m probably going to back to work before him so it would be best to coordinate with him now.

Cory has been in a great mood since he’s been home, he’s goofing around and being silly, which sure is nice. Every time he says something snotty and sarcastic I just look at him he asks me if I want to return him to the hospital. The pets are all happy to see him and they all seem more at ease now that we’re finally both here and I’m not stressed out.

The dietician was thrilled with the work we have done to keep sodium out of our lives and to cook food at home. Talking about which stores have the lowest sodium vegetable broth and canned tomatoes just blew her mind when she asked how we were at reading labels. I almost wanted to call you all in as witnesses for how much I talk about sodium. And having the gym in the basement with the treadmill, and the activities he does/ hobbies he has just blew the mind of the second psychologist. I know they’re used to dealing with older people, but being able to show how adaptable we were the first time showed them that we can handle whatever restrictions are thrown at us. We just need to get back into some routines we got a little relaxed on (meal planning and fluid intake) and we’re going to be in good shape.

Okay, but what about the scams?
Cory had a couple more good ones in the last couple days. One was to give me his macaroni and cheese in exchange for me going to the cafeteria for tartar sauce. Another was to ask the nurse for a popsicle and then ask the nurse assistant for one as though he didn’t just have one. He also saved all his late night snack items and brought them home in his suitcase and the orange juice exploded on a bunch of stuff, so that was a fail.

Did I tell you about the label maker?
When Cory wasn’t feeling well on Friday, he packed his chrome bag with things he may need in case he was admitted. When I got home he said he had what he needed so we could leave right away. We left everything in the car at the ER and when things started to get weird he asked me for his Piglet. I went to the car and opened his bag of “important things in case I’m admitted”. He forgot his Piglet but had his label maker that Lefty gave him packed as well as the big knife Greg gave him for Christmas”. Why was his label maker packed? Some of you know the importance of the label maker, and the story behind it*, but seriously? Anyways, when I brought the suitcase I also brought the label maker, because, as I told him, I knew how important it was to him.

*Years ago, the kitchen staff found out there was a label maker behind the front desk and they were all insistent on knowing where it was, so I instructed every front desk staff to never tell a kitchen person where it was, no matter their reasons or tactics. They tried really hard, but as far as I know no one let them know. Then Lefty bought Cory his own label maker that also prints crocodiles and trains around the words. It didn’t end as bad as I thought but man, it was a couple years around the label maker scam.

We love you all so much for everything you have done and offered, and for all the reaching out and love. We know the best people and we appreciate everything more than we could ever say. Thank you.