Hi, I was recently diagnosed with mtbi by a Neuropsychologist after suffering with headaches, mental and physical fatigue, low mood, short temper, struggling to follow conversation, poor sleep and memory problems. I was in a car accident 5 years ago. MRI scan suspected internal carotid aneurysm. CT Angiogram says not. MRI reports area of gliosis but 2nd reporter says not. Neurologist diagnosed head injury with Hemicrania continua with orgasmic cephalgia. Conflicting with neuropsychologist. Tried gammacore vagaries nerve stimulation, occipital nerve blocks, Pregabalin Mirtazapine, Indomethacin - all with no real effect. Can anyone offer advice as I feel at my wits end? 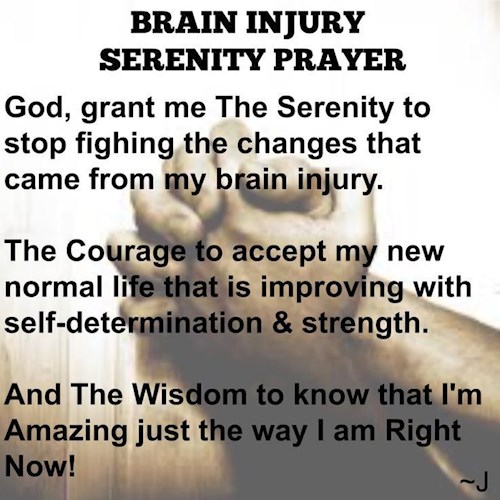 When a person is in constant pain, filled with titanium, and every day is a struggle - It is impossible to be the happy- go-lucky person you once were. People just don't get your new normal.

Just because you give up on the world doesn't mean the world gives up on you!!!!!!!

Caren - thank you SO much for posting this. It was great seeing you out and about in the backyard. Praying for peace and patience and all that you need to get you through each day. People you don't even know are praying for you daily!

Hi Caren
Been thinking a lot about you an of course Jesse...

Called left message will await to hear from you hopefully soon.

Give Jesse my love for me ...let him know...and would love to hear from him.

Plan to write him a letter and get mailed by end of week if all goes well here.

Do not want for either of you to think I have forgotten and don't think of you BOTH.

Chose to wait until all holidays had past and all the confusion etc. that goes with them
and to let things calm a bit before I called.

Connected with his energy...got sympathetic flu symptoms and now feel him struggling
with exhaustion and just wanting things to get to some form of normalcy.

Please let him know I am here for him when he is ready to reach out and would love to hear
from him and that he is loved...also to expect a letter sometime next week...

Thank you so very kindly Caren... 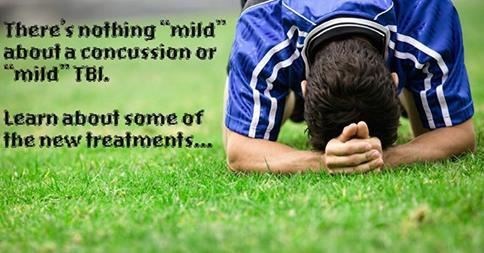 How TBI Affects Your Life

It was a honor to have meet such a strong, vibrant person. Sherisse nixon @ mary free bed

hope your having an awesome recovery Caren

Life is not measured by the number of breaths we take, but by the moments that take our breath away. –Maya Angelou

Large Blessing. Thursday was unimaginable and it has taken me 2 days to type the last 2 posts. and transfer them here.

I got to meet the driver from the other vehicle that was in the wreck along with us in the head on collision for the very first time. She was not ejected like me, but she did have to be extricated. I saw that in the police report. I was hoping she would have some morsel of information to offer to the whole lot of puzzle pieces that still float inside my mind.

I have thought about her often. I can remember thinking about her and prayed for her well being every day my memories allowed me to be aware of where I was and why I was in the hospital. Sometimes my pain would be so great...even still that I would forget about her until those moments when I had some relief and she would creep into my thoughts again. When I was first told what had happened to me I begged myself and have tried sooooooo hard to get my mind to remember something....anything about the wreck. I have just accepted at this point....that will never happen. I don't remember the wreck at all, and as it turns out, neither does she.....at all! Just nothing, like it never happened, except our bodies prove otherwise.

I felt joy seeing her, a closeness or knowingness, I know it sounds silly, but a relief that she was walking (with a walker) and living - (me with my wheelchair and cane)....sadness because I realize that since she can't remember she must be going through the same hell that I am to some degree and had so many questions for her that I couldn't make my mind remember or focus - it was all over the place and overwhelmed and overflowing with everything. I wasn't planning to meet her so I didn't make a list of questions ahead of time. I wish I had....just in case. My mind flooded with so many things to say and so many feelings all I could tell her was "I am sorry I don't remember the wreck". She said "that's okay honey neither do I". I held her hand and kissed it. It was surreal. Somehow.....to me anyway.....I needed that....to see her....to know she had help from her son who lives locally to her was also emotional for me. She said other words my mind doesn't remember. I remember her saying it will be okay and believing her and not hearing much else.....Such emotion.....such gratefulness.....that whatever happened to us both culminated to that moment.

I don't know.....how to go on from here.....but this was a sense of closure to the whole thing I have wanted for so long. Hopefully it meant the same to her. I will never know that part of it though....I know a long journey still awaits my physical form....but for now, I feel a moment of peace and cause to reflect differently....

“If you think you can win, you can. Faith is necessary to victory.” ~W.

"The will to conquer is the first condition of victory." ~Ferdinand Foch

August 7, 2014 (a Thursday) proved to be an emotional release and roller coast so sweet and hectic that I cannot find the right words to describe it all in a small way. A myriad of emotions, thoughts, feelings, and sheer panic because travelling is not my friend as of late, confusion because my brain and its "new normal", dedication to the truth - something I haven't lost about myself before or after the wreck, and triumph by all things coming together in divine order....all rolled into one day in a courthouse.

"NOT GUILTY" or in legal jargon "Motion/Order of Nolle Prosequi"
The statement is an admission that the charges cannot be proved, that evidence has demonstrated either innocence or a fatal flaw in the prosecution's claim, or the district attorney has become convinced the accused is innocent.
The declaration may be made because the charges cannot be proved due to evidence too weak to carry the burden of proof, because the evidence is fatally flawed in light of the claims brought, or may be made if the prosecutor becomes doubtful the accused is guilty or the defendant's innocence is proved, or if the defendant has died....(well I am not dead thankfully),

.Thanks to the attorney I had to represent my interests and accomplished something my mind would not allow me to process at the speed I needed to since the wreck during the original informal hearing....so I appealed to a formal hearing with a judge.....these beautiful words echo through my ears and soul still and carry me across the waters of despair and exhaustion to a new day of hope and opportunity.....though still exhausted....and fatigued....it is a great gift knowing that truth prevails.....and HOPE lives and that the light at the end of the tunnel of is warmer...

I told my 11 year old son who went with me to the previous informal hearing and saw my sincere struggle due to my TBI, struggling to sort out my thoughts and words and frustration and emotional ovewhelmedness - that he could come to yesterdays proceedings as he begged to. My husband and I talked about it and I promised him he could....so he came...it was very important to HIM he stated.....after all was said and done....through copious amounts of unstoppable rolling tears.....I looked at his precious face....glad to be alive to see it still.....glad that he was there supporting me with my husband....glad for there to be some closure...I had prepared something ahead of time to tell him either direction the decision went. This is what I told him:. "son, this is a valuable lesson for you and something my father taught me when I was your age.....NEVER admit guilt over something you know in your heart you are NOT guilty of...no matter what pressure is put on you, no matter how afraid you are to fail, BE BRAVE......never give in just to get things over with....never give up on yourself and truth"......"even if you lose at things in life or people are mad at you - stand by truth"

A good lesson to live by for myself and a restoration of HOPE in some form continues to grow.....the seed has been planted.....the Cherry Blossom Tree grows taller.....

the legal journey as I know it for this chapter of my life ends here.....

I will say this. This Tens Unit is magical (huge thankfulness and appreciation to my OT Erika). It helps so much with my shoulder and scapula pain....I miss her. I hope I get an extension on time with her. She was def. my favorite OT. Probably because she helped me see things were still possible...or in time could become possible with assisted devices and keeping my determination to get better - but being realistic with me too about a lot of things.

Well according to my notes and calendar it has been about a week since I last posted. I just wanted you all to know how much I appreciate you for sticking it out on this journey with me and my famimly. This is and continues to be a life changing event and process and journey.

Good News. I have an attorney to help with the legal stuff now. I am hoping this is something to be grateful for - we will see. We have Court this week and am just relieved I don't have to speak for myself and ask questions like last time' hopefully we won't have to go to court at all....wouldn't that be splendid?....because that didn't go over well at all for my mind or emotions......the biggest difference I really noticed in my life pre-wreck vs. post-wreck. Magistrates (or at least the last one) are not educated about people recovering from the things that I am.....and that's alll I will say on that for now....HOPE is still in my view....shimmering in the distance and some days barely visible....but still within sight!

I feel like I have succumbed to the lowest point in my life. I have, after much thought, personal conflictions, advice from those I trust, and in a true effort to beat the odds on this TBI - have added a new medication to my daily intake of meds. as recommended to me.

My goal was to get off as many meds as quickly as possible....not add more. I have never been so fatigued on a consistent basis in my life. This is just ridiculous.

I am grateful for my life...that I am thankful for every day, however, really struggling with the differences of my life before the wreck and the life I am now and how this now is the "new normal".